In tonight's episode, we see Happu accusing Kamlesh of coloring Ranbir's face. Will Kamlesh accept his crime? Find out inside! 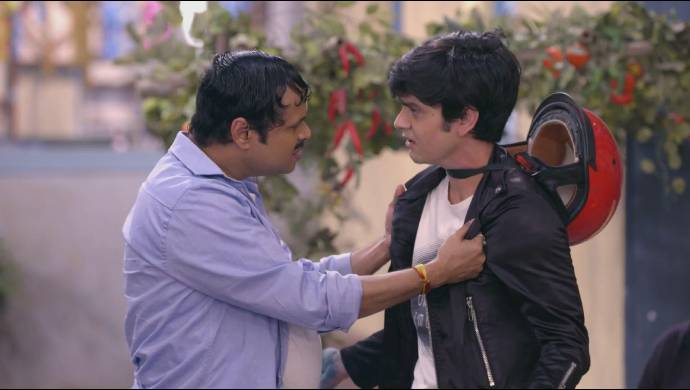 In tonight’s episode of Happu Ki Ultan Paltan, we see Happu cornering Kamlesh and asking him if he was the one who colored Ranbir. He then asks Kamlesh where he was last night. Kamlesh reveals that he was in his bedroom. Happu confronts Kamlesh again. He then matches the color on Kamlesh’s hands with that on Ranbir’s face. Kamlesh realizes that he’s in trouble and runs away. Happu’s family is suspicious of Kamlesh.

A while later, a thug calls Happu and tells the latter that he would be coloring the faces of Happu’s children one by one. Happu’s family feels worried after hearing this. On the other hand, Malaika pledges to teach the thug a lesson. Happu asks her to calm down and says that he would handle it himself.

After a while, Resham Pal asks Happu and Makhwana to find the man who colored the former’s face without his knowledge. Resham Pal says that if he would suspend both of them if they are unsuccessful in their search. Later, Benny asks Amma to celebrate Holi as he wants to put color on Bimlesh. Amma realizes his intentions and slaps him hard.

Later, Happu asks Rajesh to not worry and promises that he will find the culprit who put color on Ranbir’s face. A while later, Happu reveals before Benny that Bimlesh will not be coming to celebrate Holi as they will not be celebrating it in the first place. Upon hearing this, Benny is unhappy.