Rajesh feels bad for bribing Panditji and making Amma do all the household work. 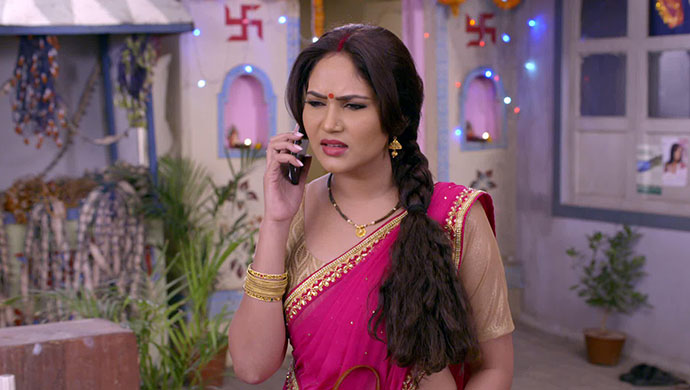 In the previous episode of Happu Ki Ultan Paltan, Amma asks Rajesh that what would she like to eat or drink as she wants to help her take care of her. Rajesh taking advantage of this, she tells Amma to get her mango juice and that to of freshly plucked mangoes. Amma agrees to it and goes to Avasthi’s farm to pluck mangoes with Beni. Avasthi comes there and takes both Amma and Beni to the police station. Happu gets shocked to see Avasthi, Amma and Beni. He then somehow manages to convince Vasthi that it won’t happen again.

In tonight’s episode, Amma brings a bed tea for Rajesh in the morning. Seeing this Rajesh gets surprised and so does Happu. He asks Amma if she brought tea for Rajesh then she could have also brought it for him, to which Amma slaps him and tells him to get his tea on his own. Happu feels that there is something wrong but thinks that at least there is peace in the house.

Later that day, Amma’s friend Chiddo comes to meet her and tries to incite her about Rajesh, but Amma tells her that Rajesh is not like others as she is a daughter in law who takes care of the house, kids and Amma single-handedly. Rajesh who is standing inside the house hears this and feels bad for what she did. On the other hand, Kamlesh who is tired of eating food cooked by Kate comes back to her bedroom. But this time he tells Kate that because of her cooking skills he had to suffer from loose motions is still not keeping well.

In the evening, Panditji comes home and tells Amma that now she can relax as her stars have changed and now she can control Rajesh. Listening to Pandit, Amma gets happy. At night when Happu comes to meet Amma, she tells him about Panditji and the reason why was she pampering Rajesh. To this, Happu gets surprised and leaves for his bedroom.

After coming in his bedroom, Rajesh tells Happu about the whole scenario and even tells him that she was the one who went again to the Pandit and asked him to tell Amma that now her stars have changed and she need not help Rajesh in her household work. Happu feels good listening to this and feels proud of Rajesh.