In tonight's episode, Laila challenges Happu Singh to propose her and prove that he is romantic. 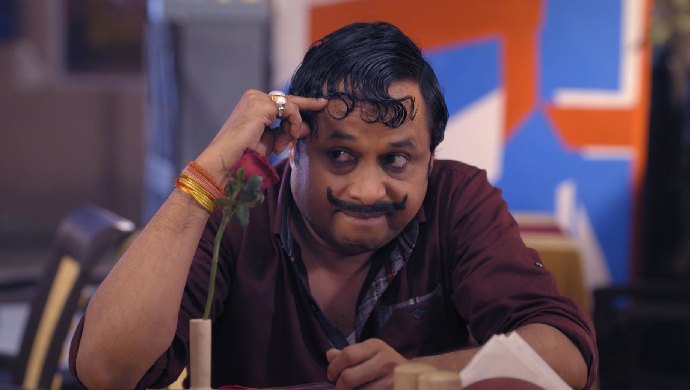 In the previous episode of Happu Ki Ultan Paltan,  Amma gets scared after being told by the pandit that her life is at risk if her relatives come to visit her. Rajesh asks her to call Atbir Mama and tell him to postpone his plan. Laila comes to Happu and Rajesh’s bedroom and tells him that she needs tea. When Happu comes to the kitchen to make tea, Laila starts flirting with him and tries to get close to him.

In tonight’s episode, Amma calls Laila in her room and warns her to stay away from Happu. Laila says that she did not do anything wrong, according to her. Amma reminds of the previous night when she was hugging Happu Singh while making tea.

Next day, the commissioner tells Happu to stay away from sister-in-law as it creates a lot of problems between a wife and husband. Happu ignores his advice and thinks that the commissioner is jealous of him. Later in the evening, Laila insists Rajesh go out for dinner but the latter says that she has to do household work. She then suggests her to take Happu Singh with her.

What Inspired Filmmaker Abhishek Kapoor To Make A Movie On Kedarnath?

Ahmed Masi Wali On Being Called Joey From Friends’ Doppelganger: Hope His…

Happu Singh takes Laika to Beni’s cafe. There, Laila starts flirting with Happu and he feels awkward as Kate is watching them. Instead, Laila challenges him to propose her and prove that he is romantic. Kate comes home and tells Rajesh about the incident.

In the preview of the next episode, Laila tells Happu Singh that she likes men who are punctual and hugs him. Rajesh who is watching them by hiding behind them gets worried. Just then, Happu comes to the fridge to get milk and gets shocked to see Rajesh.