In tonight's episode of Happu Ki Ultan Paltan, Beni comes with Khodilal's Will and announces that Amma is the owner of his property. 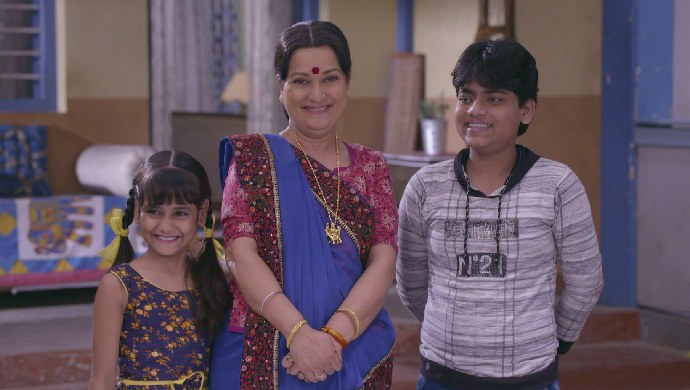 In the previous episode of Happu Ki Ultan Paltan, Happu is badly injured and all the family members are worried about him. Beni asks Gulab Singh to wait aside till Happu wakes up. A few moments later, Happu stands on his feet and punches Gulab Singh. The latter gets surprised but before he could react anything, Happu punches him in the face. Seeing this, Rajesh imagines herself as Sita and Happu as Ram. Next day, Rajesh brings curtains from the market but Amma disapproves them. She says that she won’t allow her to use the curtains in the house.

In tonight’s episode, Rajesh packs her bags and is about to leave when Happu and other family member stop her. Upon asking the reason, she says that she is not a part of this family because she does not have any rights.

Happu tells her that she equal rights on the house as much as Amma. Hearing this, Amma says that she is the owner of the house and she has more rights than anyone else. Just then, Beni comes there to resolve the matter saying he has Khodilal’s Will in which he has clearly mentioned the name of the person who owns the property. Happu asks him to wait till morning and read the Will in front of everyone.

Parchhayee: Ghost Stories By Ruskin Bond And Other Horror Shows We Dare You To…

Next day, Beni comes with the Khodilal’s Will and announces that Amma is the owner of his property. Hearing this, Rajesh, Hrithik and Malaika get upset whereas Ranbir, Chamchi and Amma celebrate their victory. Later at night, Beni tells Happu that he forgot to mention that Khodilal’s second Will. Rajesh overhears their conversation and gets to know about the second Will.

In the preview of the next episode, Beni reads the second Will in which he announces that Khodilal had made Rajesh the owner of his property.