Happu comes up with an idea to go out with both Amma and Rajesh so that no one will get disappointed. 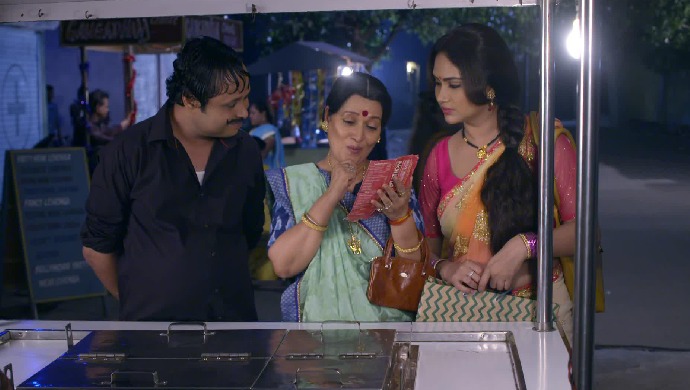 In the previous episode of Happu Ki Ultan Paltan, Nargis mausi is back and she again tries to manipulate Amma by telling her to keep a check on Happu. The same day, Amma calls Happu and asks him to come home on time as she wants to go to the temple. A few moments later, Rajesh calls him and tells him that she wants to go out with him and have ice-cream.

In tonight’s episode, Amma hears Happu and Rajesh’s conversation and learns about their plan to go out in the evening. She calls Chamchi and tells her to stand near the gate and as soon as Happu comes home, bring him to her bedroom. On the other hand, Rajesh asks Hrithik to do the same.

Later that day, Chamchi and Hrithik are seen waiting near the gate for Happu Singh. When he comes home, both of them run behind him and grab his hands and pull him to two different directions. Seeing this, Happu gets annoyed and asks them why are they creating a nuisance. Hrithik tells him that Rajesh has asked him to bring him as soon as he comes home. Even Chamchi says the same about Amma. A few moments later both the ladies come out and tell Happu that they want to go to out.

Happu suggests an idea that all three of them will go together and visit wherever they wish to go. Amma and Rajesh agree upon this solution and get ready to go out. After going to the temple, Amma, Rajesh and Happu come to the market and enjoy ice cream together. Rajesh thinks that it would have been a romantic evening but because of Amma, everything failed. At home, Kamlesh comes to Malaika and Kate’s bedroom to see if Kate is doing preparation for the role of a street thief properly or not. While teaching her acting, Malaika surprises him by showing her skills.

Why Parineeti Chopra In Namaste England And Other Punjabi Brides Wear Chooda, Kalire