In tonight's episode, the commissioner finds Happu Singh near the garbage bin and suspends him from the duty. 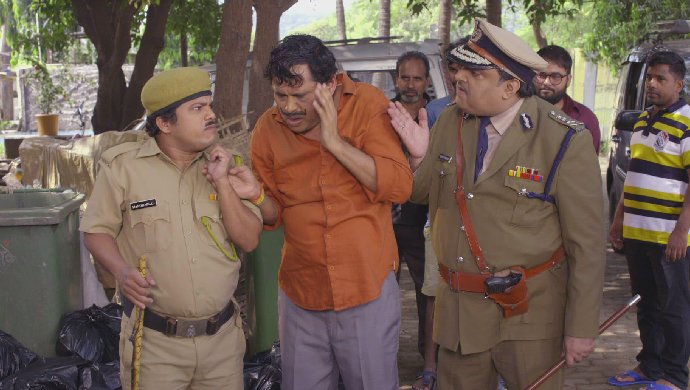 In the previous episode of Happu Ki Ultan Paltan, Ranbir comes from the bedroom and says that the lady who was staying with them was a thief and her name was Shaila. Happu finds out that the con woman stole 3 lakh rupees which were kept in the locker. Beni suggests him to file a complaint but Happu Singh says that he had earned the money through bribes and illegal things that is why he can’t file a complaint.

In tonight’s episode, Rajesh sees that all her family members are kicked out of their house because Happu has lost his job. Just then she wakes up and realises that it was just a dream. When she tells this to Happu Singh, he asks her to relax and let him sleep.

Next day, Rajesh brings tea for Amma and the latter taunts her as usual. But when Rajesh doesn’t react to it, Amma gets confused and asks her the reason. Rajesh tells Amma about the dream. Amma gets worried. Meanwhile, Beni tells Happu Singh that a new club has opened in town and he is planning to go there tonight. Happu says that he will join him.

Beni and Happu have drinks and forget that they are neighbours. Happu is on his way home when he starts feeling dizzy and passes out near a garbage bin. Next day, the commissioner finds Happu Singh near the garbage bin and suspends him from the duty. On the other hand, Kate has a feeling that everyone around her is selfish. Kamlesh says that he is not but a few moments later he asks her for some money.

In the preview of the next episode, the family members of Happu Singh get shocked when they see that the commissioner found him in a garbage bin.