In tonight's episode, Amma observes that Happu is upset. Upon asking the reason, he tells her that he cannot explain it to her. 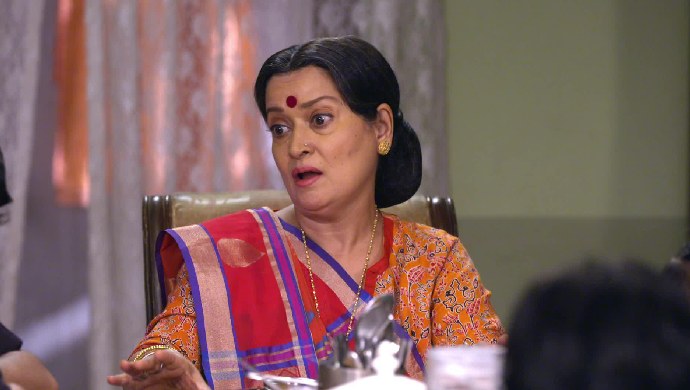 In the previous episode of Happu Ki Ultan Paltan, Rajesh and Beni come to meet Happu. While the three of them are talking, Happu’s uncle comes to meet him. He tells Happu that he is not the real son of Katori and Khodilal as they found him near a river. Hearing this, Happu gets shattered and starts crying. Rajesh and Beni try to console him. Seeing this, the uncle thinks that he has done the right thing by creating a doubt in Happu’s mind and now this will create a problem between the mother-son relationship.

In tonight’s episode, Chamchi hears Hrithik and Ranbir talking about hiding her favourite doll in the storeroom. She quickly goes there and sees her doll kept in a corner. She also finds a letter along with the doll which is written by Happu. After reading the letter, she comes to know that she is not the real daughter of Happu and Rajesh as they found her in a dustbin.

On the other hand, Beni tries to console Happu and make him feel better. Unfortunately, every time he does something new to divert his attention, it only gets worse. A few moments later, Rajesh comes to Beni’s house and requests Happu to come home because Amma is worried about him. Happu says that he doesn’t feel like coming home as he does not belong there.

Later, Rajesh convinces Happu to come home and have dinner with everyone. Amma observes that there is something wrong with Happu. Upon asking the reason, Happu tells her that a few things cannot be explained or understood and suddenly leaves the table and goes out. Seeing this, even Chamchi remembers about the letter and leaves the table. Amma gets shocked to see this behaviour.