In tonight's episode, we see Baba Tillakad Nath's truth being exposed by Rajesh and Amma. Find out the details inside. 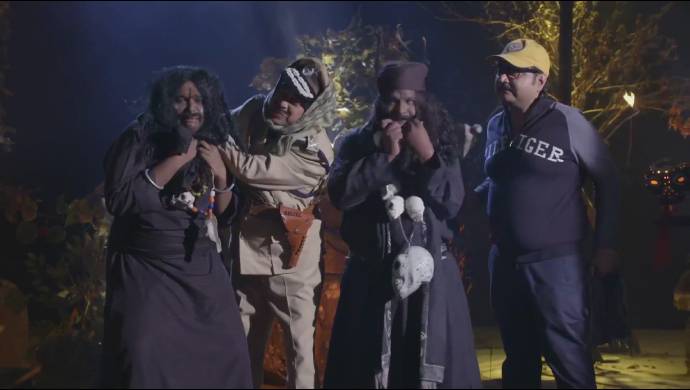 In tonight’s episode of Happu Ki Ultan Paltan, we see Happu’s children Ranbir, Hritik, and Chamchi pretending to be ghosts. Benny is scared out of his wits to see them. A scared Happu and Benny consult Baba Tillakad Nath and tell him about their problems. The Baba presents them two lockets and asks Rs. 20,000. Happu feels that the amount of money they are asking for, is too much. He reluctantly gives his card to the Baba. After a while, Happu and Benny come back, feeling relieved as they are now protected by the Baba’s locket. Ranbir who’s pretending to be a ghost, follows Happu while Benny looks at them in horror. The latter asks him to look behind. Happu’s heart skips a beat as he finds Ranbir lurking behind him. Benny and Happu are shocked to see that the ghosts have surrounded them. They both run for their lives.

Meanwhile, the Baba and his assistant are having a conversation about their business. The Baba assistant reveals that they have earned Rs. 10 lakh in a week. They both are delighted over the fact that they have tricked people into giving them money. Just then, Happu and Benny enter and ask the Baba to save their lives. The Baba demands more money from them. Happu confesses that he doesn’t have any more money left in this account as he has already swiped the card and paid money to the Baba. The Baba asks them to fetch money from Happu’s house.

Later, Happu and Benny come to know that they have been tricked by the Baba. They both then catch hold of the Baba. They thank Rajesh and Amma for exposing the Baba. After a while, the commissioner asks Happu to give away his uniform. Happu pleads with him to let him wear it for some days. Later at Happu’s house, we see him asking Kamlesh to go away and not return ever in his house. He then orders Kat to sleep. A while later, Kamlesh sneaks back in Kat’s bedroom and gives her a rose and a Valentine’s Day card.

In the upcoming episode, we see Amma and Rajesh preparing to invest in a money doubling scheme. What will happen next?