Happu Ki Ultan Paltan 14 May 2019 Preview: Babloo The Chicken, Is In Danger

Rajesh thinks that the chicken is sent by Happu for their party and gives it to Beni. 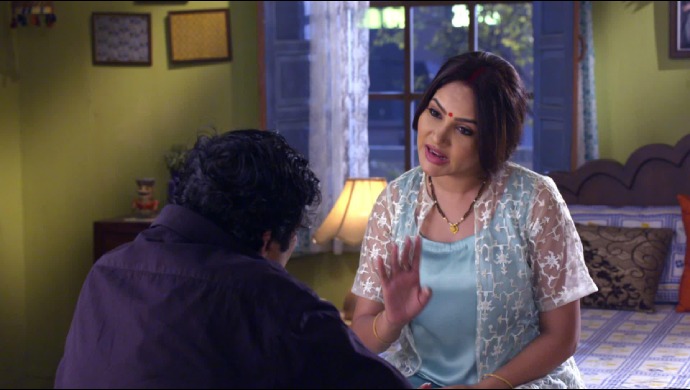 In tonight’s episode of Happu Ki Ultan Paltan, Hrithik doesn’t want to have vegetarian food anymore because he has been eating it from the past 20 days. Even Happu feels the same and asks Amma if they can now cook non-veg in the house. Amma tells everyone that the Panditji has told her to have vegetarian food for 30 days and still 10 days are pending. Listening to this, Rajesh and Hrithik get upset but the next day they plan to cook non-veg food.

In the preview of the next episode, Amma calls Atbir Mama and tells him that the guy with whom he sent his pet(chicken) Babloo has not yet reached. He tells her that his mobile phone is not reachable and he is worried about his pet. On the other hand, Rajesh hands over the chicken to Beni, saying Happu has sent it for their party.

We have a strong doubt that this is the same chicken which is Atbir Mama’s pet but Rajesh misunderstood it as it is sent from Happu. Will Babloo survive?

Bhoot Purva revolves around Aarav, a ghost who comes back to win over his lady love Angelina, with the help of his human friend Purva