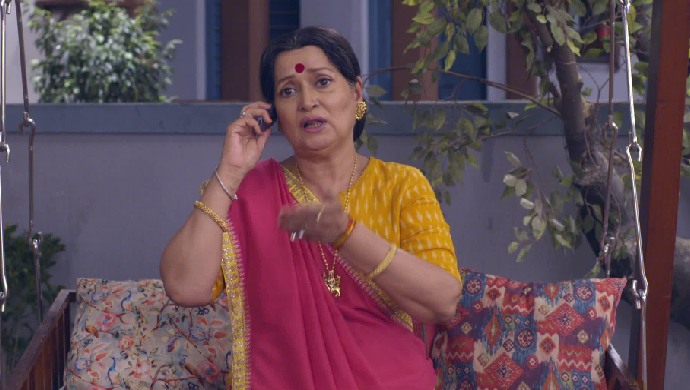 In the previous episode of Happu Ki Ultan Paltan, Amma tells everyone to eat vegetarian food for the next 10 days, as she wants to do a pooja for her husband and Happu’s father Khodilal. Hrithik being rebellious tells his mother that if he doesn’t get Non-Veg food then he will stop eating. Even Happu and Rajesh are craving to eat Non-Veg food but are unable to convince Amma. Later that day, Atbir Mama sends his pet chicken with the delivery guy to Happu’s house and calls Amma to inform about it.

In tonight’s episode, Rajesh is working in the veranda and a person comes there with a rooster(Babloo) and gives it to her. Rajesh thinks that it is sent by Happu Singh and gives it to Beni asking him to make a delicious chicken dish for dinner. At the same time, Amma gets a phone call from Atbir Mama saying the delivery person is not receiving the call. Hearing this, Amma gets worried for Babloo.

At night while having dinner, Hrithik tells Rajesh that he doesn’t feel like having food anymore and wants to go and play. Rajesh then signals him that she has arranged the chicken at Beni’s house. Hrithik gets excited and tells Amma that he will eat the dinner later and runs away. Following him, Kate and Ranbir also make an excuse for homework and go to Beni’s house. A few moments later, Rajesh tells Amma that she is worried about Hrithik and needs to go and find him.

All of them gather at Beni’s house and enjoy the chicken. Amma is still wondering why everyone has not yet returned. Atbir Mama calls her and tells her that Babloo was delivered in the morning itself. She gets confused that who has Babloo. Later that night, Happu comes home and gets shocked to see chicken Dinner.