In tonight's episode, Rajesh sees the same person whom she saw in her dreams near their house and gets scared. 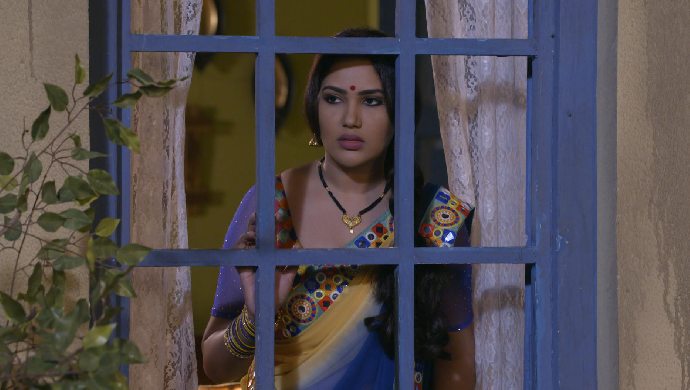 In the previous episode of Happu Ki Ultan Paltan, Beni tells Happu Singh that a new club has opened in town and he is planning to go there tonight. Happu says that he will join him. Beni and Happu have drinks and forget that they are neighbours. Happu is on his way home when he starts feeling dizzy and passes out near a garbage bin. Next day, the commissioner finds Happu Singh near the garbage bin and suspends him from the duty.

In tonight’s episode, Happu comes home and tells Amma and Rajesh that he went on a secret mission to catch a criminal. Just then, Chamchi turns on the TV and sees Happu’s picture in news. All the family members gather to see the news and find out that Happu was lying to them about the criminal thing as he was found near a garbage bin by the police commissioner.

Later that day, Happu goes to Beni’s house and sees Beni blaming himself for the problem. The latter apologises to Happu and says that he doesn’t deserve to be his friend. Meanwhile, Rajesh sees the same person whom she saw in her dreams and gets scared. Kate feels bad for Kamlesh as she hurt him by breaking their friendship.

Children’s Day Special: Check Out These Childhood Pictures Of Your…

Amma asks Rajesh how much many has she saved to ensure that their family will be safe even if Happu loses his job. The latter tells her that she has saved that can help them manage a month but not more than that. Amma then suggests her to call a doctor and make sure that Happu doesn’t become an alcoholic.

In the preview of the next episode, Amma tells Khodilal that she cannot see her kids staying hungry and that is why she has decided to become a thief once again.