In tonight's episode, Amma and Rajesh have an argument and seeing this Beni comes up with a solution to divide the house into two parts. 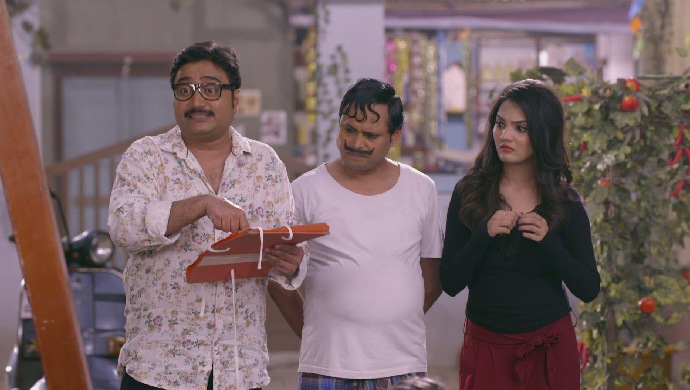 In the previous episode of Happu Ki Ultan Paltan, Beni comes with the Khodilal’s Will and announces that Amma is the owner of his property. Hearing this, Rajesh, Hrithik and Malaika get upset whereas Ranbir, Chamchi and Amma celebrate their victory. Later at night, Beni tells Happu that he forgot to mention that Khodilal’s second Will. Rajesh overhears their conversation and gets to know about the second Will.

Next day, everyone gathers in the veranda and Beni reads the second Will of Khodilal. He says that Khodilal made this Will when he had an argument with Amma and transferred all his property to Happu’s wife Rajesh. Hrithik, Malaika and Rajesh start celebrating. A few moments later, Beni says that there is a problem with the second Will as it does not have the court stamp on it. Amma says that she won’t accept the second Will because it’s not valid.

Amma and Rajesh have an argument and seeing this Beni comes up with a solution to divide the house into two parts so that both women will get equal rights on the house. Happu gets angry on Beni and beats him for giving such an idiotic solution.

In the preview of the next episode, seeing that the children are having problems with a division, Amma and Rajesh agree to allow each other in their area for some time.