In the latest episode, Happu tells Beni that he wants to find out who his real parents are and ask them why did they abandon him. 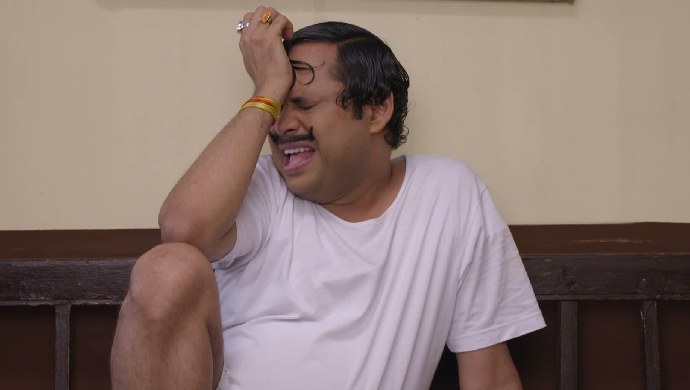 In the previous episode of Happu Ki Ultan Paltan, Chamchi hears Hrithik and Ranbir talking about hiding her favourite doll in the storeroom. There she finds a letter written by Happu which says that Chamchi is not their own daughter. On the other hand, Beni tries to console Happu and make him feel better. A few moments later, Rajesh comes to Beni’s house and requests Happu to come home because Amma is worried about him. Happu says that he doesn’t feel like coming home as he does not belong there.

In tonight’s episode, Hrithik and Ranbir make Chamchi clean their shoes by reminding her that she is not a part of the family. When Rajesh comes there, she scolds the boys for making their little sister clean their shoes.

Next day, Amma notices that Happu is upset about something. Upon asking him the reason, he says that one of his friends came to know that his real parents abandoned him soon after birth. Hearing this, Amma sighs but gets confused why Happu is so upset about it.

Happu is leaving for the police station when Kamlesh comes home. He tells Happu and Rajesh that he has started a new NGO to take care of the kids who are orphan. He also gives the pamphlet to them which has Amma’s picture as the brand ambassador. Seeing the picture, Happu gets sentimental and starts crying. Beni gives Happu a bottle of alcohol and says that this will help to control his emotions.

At night, Happu comes to Beni’s house and tells him that he wants to find out his real parents and question them why did they abandon him.