After seeing that Babloo has gone missing, Amma asks Happu to file a missing complaint and find him. 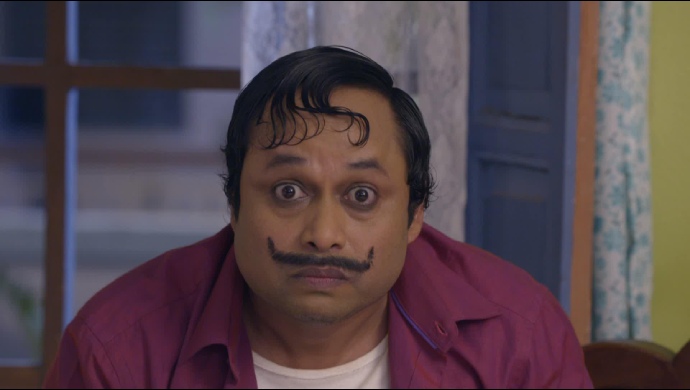 In the previous episode of Happu Ki Ultan Paltan, Atbir Mama sends Babloo the rooster to Katori Amma’s house as he is going out of town for a few days. The delivery person comes to the daroga house and handover Babloo to Rajesh. She thinks that the rooster is sent by Happu as she asked him to bring it for dinner. She plans to make a dish out of it but because Amma is against Non-Veg, she gives it to their neighbour, Beni and asks him to cook a nice dish for the dinner. Later at night while having dinner, Hrithik, Kate, Ranbir and Rajesh make an excuse and go to Beni’s house to eat chicken.

In tonight’s episode, Happu comes home late at night and gets excited to see the chicken for dinner. He asks Rajesh that how did she manage to convince Amma. She replies saying she did not convince Amma, rather she gave the chicken sent by him to Beni and asked him to make a nice dish with it. Happu is confused about who sent the rooster but later he decides to enjoy his food.

After the dinner, Happu goes to meet Amma and she tells him that Atbir Mama had sent a Babloo(rooster) but it has gone missing. He returns to his bedroom and questions Rajesh about who gave her the rooster, she tells him the whole scenario. Listening to her, Happu is sure that Rajesh misunderstood the delivery person and got Babloo killed. Rajesh and Happu both are worried that if Amma comes to know that they have eaten Babloo then she will panic and Happu will have to face her anger. She decides to go to Kate and Malika’s bedroom and seeing Malika not there, she tells Kate and Kamlesh to keep the chicken thing as a secret.

Next morning, Amma is upset for Babloo and tells Happu to file a missing complaint about Babloo and search for him in the city. Happu agrees to it, but in his mind, he is trying to think of an idea to tackle the situation.