In tonight's episode, Amma starts snatching people's wallets and purse and unfortunately gets caught by Beni. 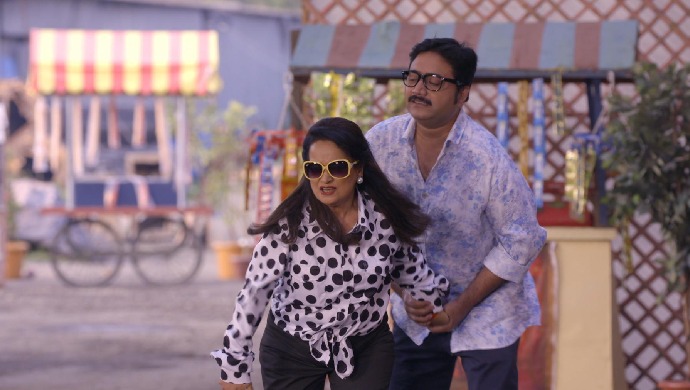 In the previous episode of Happu Ki Ultan Paltan, all the family members gather to see the news and find out that Happu was lying to them about the criminal thing as he was found near a garbage bin by the police commissioner. Amma asks Rajesh how much many has she saved to ensure that their family will be safe even if Happu loses his job. The latter tells her that she has saved that can help them manage a month but not more than that.

In tonight’s episode, the doctor tells Amma and Rajesh that Happu is feeling guilty about his action and he won’t be able to work for a year or so. Later, Malaika asks Kate to cut down on her expenses and think of getting a job because Happu Singh is jobless now and they need to do something about it.

Rajesh is worried about Happu Singh and she keeps seeing the same Seth near their house She thinks of doing a job and earning money. On the other hand, Amma takes her old weapons using which she used to snatch peoples purses and wallets and says that she will start pickpocketing again. Khodilal warns Amma to avoid doing but the latter doesn’t listen to him.

Later that day, Hrithik, Chamchi and Ranbir go to the police station and request the commissioner to keep their father on job. The latter tells them that Happu Singh needs to be punished for his irresponsible behaviour and ask the children to go back home. Meanwhile, Amma starts snatching people’s wallets and purse and unfortunately gets caught by Beni.

In the preview of the next episode, Happu Singh becomes a drunkard and Hrithik, Chamchi and Ranbir come to the police station and beg the commissioner to keep their father on job.

Laal Ishq: What Happens When A Rivalry Between Two Sisters Takes A Horrifying Turn?