In the preview of the next episode Happu Ki Ultan Paltan, Amma comes to Happu and asks him why is he upset. 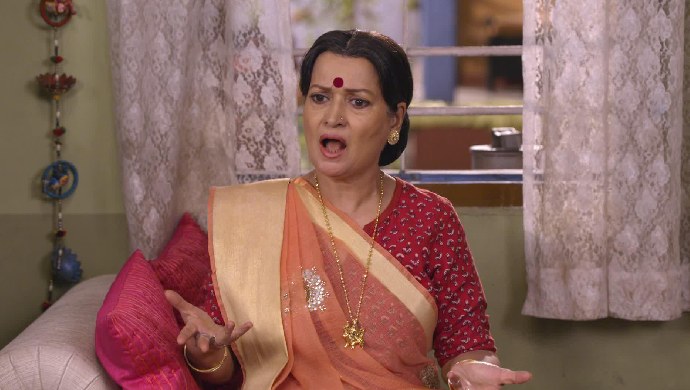 In tonight’s episode of Happu Ki Ultan Paltan, Hrithik and Ranbir make Chamchi clean their shoes by reminding her that she is not a part of the family. Amma notices that Happu is upset about something. Upon asking him the reason, he says that one of his friends came to know that his real parents abandoned him soon after birth. Beni gives Happu a bottle of alcohol and says that this will help to control his emotions. At night, Happu comes to Beni’s house and tells him that he wants to find out his real parents.

In the preview of the next episode, Amma comes to Happu and says that she has been observing from the last few days that Happu is upset about something. Rajesh tells her that they came to know about the secret of the tokri. The latter says that there is no secret about the tokri as she used to keep bananas in it.