In tonight's episode, we see Happu's family trying to earn and save money. Find out the details inside. 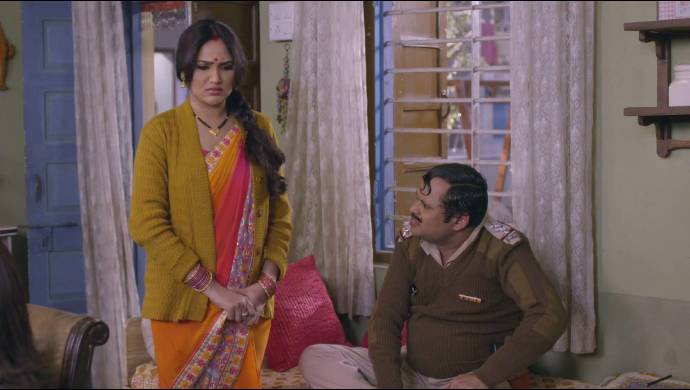 In tonight’s episode of Happu Ki Ultan Paltan, we see Happu shouting at his family members for spending money mindlessly. He then tells Rajesh that he’s going to the commissioner’s house as his family is comparatively smaller than his and therefore easier to manage. Meanwhile, a lady from their neighborhood tells Rajesh and Amma about a company’s money-doubling scheme. She informs them that they just need to invest their gold in the said company and will get double the gold’s price, in return. Amma acts surprised after hearing this. The lady then tells them that someone called Vipul does the investment on behalf of her. She then convinces Amma and Rajesh that the scheme is completely safe. Later, Kamlesh confesses to Kat that his father is surviving, only on one kidney. Kat tells him that she’s going to become a doctor and will be rich by conducting operations. This, she says, will help her pay her father back. Kamlesh promises her that he’ll help Kat become a doctor.

Later, we see Hritik telling Ranbir and Chamchi that they need to earn money for their father Happu and prove it to him that they are not careless and lazy. Hritik tells them that all the rich people in the world must have begun their journey, by doing something. They then start thinking about ideas to earn money. Meanwhile, Happu is lecturing someone over the phone, about wastage of time. The person at the other end of the phone wants to register a complaint about a missing buffalo.

In the upcoming episode, we see the commissioner revealing that a con man has entered their city, who loots people on the pretext of doubling the gold that people have invested in. He then asks Happu to alert his wife and his mother to not fall prey to the con man’s tactics. To this, Happu says that his family won’t be fooled by the said man, so easily. He then tells the commissioner to alert his wife instead.