In tonight's episode, the laundry guy comes home and tells Amma that he did not receive any saree. 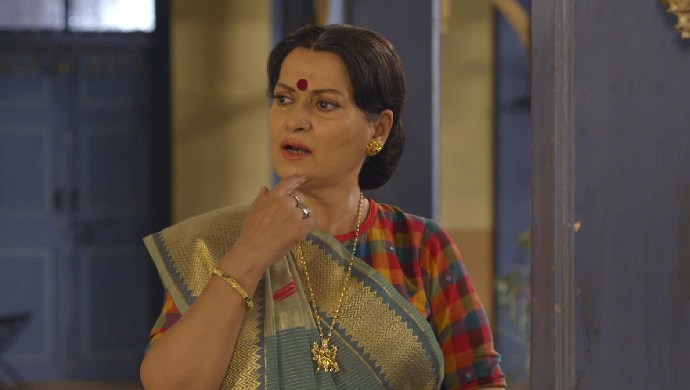 In the previous episode of Happu Ki Ultan Paltan, Beni uses a fake beard and wig to disguise himself. He snatches Amma’s necklace and starts running. Unfortunately, he bumps into the commissioner’s van and gets caught. When Happu comes to the police station he sees Beni being interrogated by the commissioner. In the evening, Amma and Nargis come back home, they tell Rajesh about how her gold necklace was saved and notice that Rajesh is sad instead of being happy.

In tonight’s episode, Malaika interrogates Kate and Kamlesh by asking them questions one by one. Because they went to the movie, their answers don’t match with each other and Malaika catches their lie. She then gives a shock treatment to Kamlesh and seeing this, Kate immediately reveals the truth.

Hrithik and Ranbir try to scare the laundry guy but he comes back to meet Amma. Seeing him, Rajesh, Amma and the kids get surprised. Amma asks him about the saree but he tells her that he did not receive one. Later, Rajesh asks the laundry guy to leave and tells Amma that she had lied to her because she burnt her favourite saree. Hearing this, Amma tells her that she should have told her the truth rather than telling lies.

Meanwhile, Manohar tells the commissioner that he found out the chain snatcher who snatched his chain. Hearing this Beni reveals his true identity and Happu explains the whole scenario to the commissioner.