Happu plans to get Amma drunk but she smartly dodges this plan and gets successful in keeping Happu and Rajesh away. 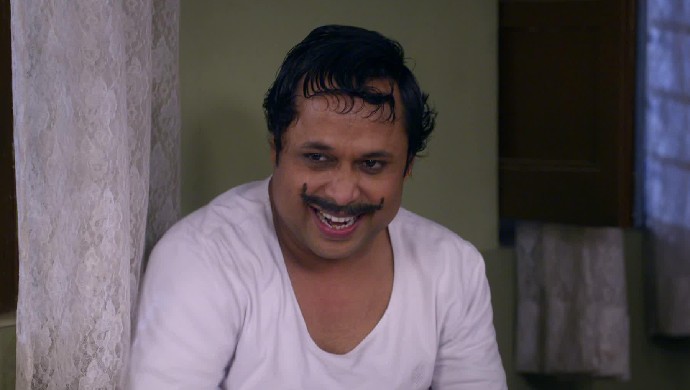 In the previous episode of Happu Ki Ultan Paltan, Happu and Rajesh go to watch a movie and spend some romantic time together. Amma and Nargis mausi also arrive at the same movie theatre. Nargis mausi sees them and tells this to Amma. At night, while having dinner, Amma tells Happu to sleep in her bedroom as his punishment.

In tonight’s episode, before going to Amma’s room, Happu meets Beni and tells him about Amma’s behaviour. There he learns that Nargis mausi is responsible for inciting Amma against Rajesh. He tells Beni that since his Mausi has created this problem, he is the one who should provide him with a solution. Beni suggests him to get a lot of alcohol for Amma and wait until she gets drunk and dozes off.

Happu returns home and as per the plan he brings alcohol for Amma. Knowing Happu, Amma has a doubt that this might be a trap for her and she smartly pours the alcohol out of the window without Happu noticing it. A few moments later, Amma starts acting as if she is drunk and dozes off. Happu gets excited as his plan worked. He immediately runs towards his bedroom where Rajesh is waiting for him.

While Happu and Rajesh are about to get close, Amma comes there and starts acting as if she is walking in sleep. Both Happu and Rajesh shift the room and go to Amma’s room to continue their romance but within a few moments, Amma follows them there too. The couple again shifts to their bedroom but again the same thing happens. At last, they decide to stop shifting and go to sleep.

Will Happu question Nargis mausi for inciting Amma? Let us know your thoughts in the comments below.