In this full episode, Rajjo tries to cement her place in the household with a trick despite Happu's apology. 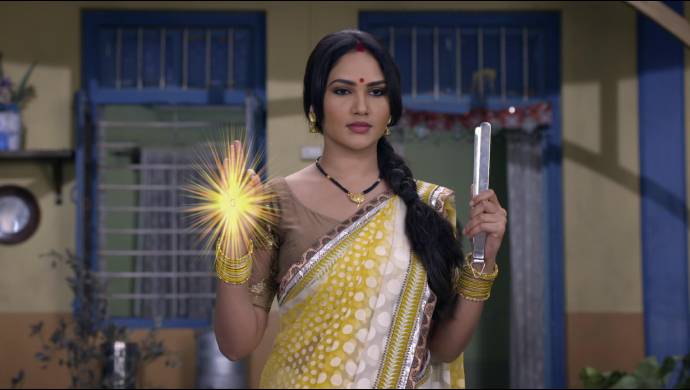 In today’s episode, we will see how Kate tries to explain to Kamlesh that relationships around the world are entangled and a relation could be discovered between any two people! She tells him that Al Pacino could be Amitabh Bachan’s father-in-law or Brian Lara could be Lara Dutta’s uncle. She adds that even Kamlesh could be her uncle and laughs about it while the latter feels sad.

Meanwhile, Hritik tries to blackmail the Panditji as he has a video of Panditji speaking about getting Seth Janmadas’ daughter married to a guy on false pretexts. Panditji gets scared as Hritik is accompanied by Rajjo and Malaika. He agrees to do as Hritik says. Later, Hritik and Malaika tell Rajjo to be ready as Happu is arriving. They have made a plan and they have to carry it out. Rajjo sleeps on the bed and petends that she is asleep as Happu walks in singing. The latter has had a good time getting drunk with his friend.

Happu realises that Rajjo is acting and talks to her about how he was wrong when he asked her to go away. He also tells her how important she is for him. But Rajjo sticks to the plan and acts as if she was possessed. The next day, everyone waits for Rajjo to appear as the latter appears in the avatar of a devi or goddess!

In the next episode, we will see that Resham Pal comes to get blessed by the goddess in the form of Rajjo. The latter blesses Resham who claims that he cannot move and is feeling sick. Suddenly, after receiving the blessing, Resham starts to move and feels energetic!

Is the magic really working? Find out in the next episode!

Stay tuned and watch all episodes of the show Happu Ki Ultan Paltan, only on ZEE5!