In tonight's episode, after reading the letter written by Amma's mother-in-law, Rajesh decides to play a prank on Amma. 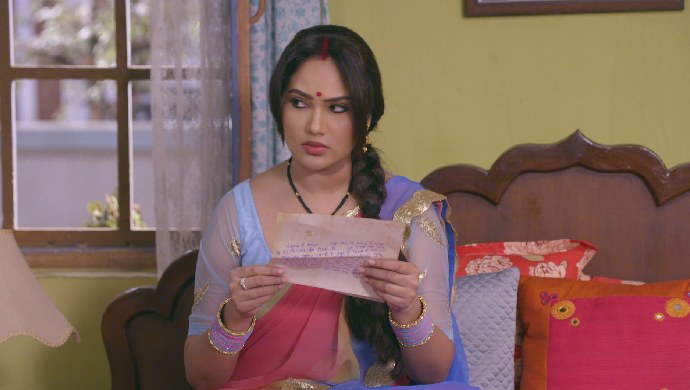 In the previous episode of Happu Ki Ultan Paltan, Beni gives him a solution to resolve the matter. Later at night, Happu comes with a sword and asks Amma and Rajesh to divide him into two pieces. Hearing this, Amma and Rajesh realises their mistake and apologise to Happu.  In the evening, Rajesh asks Happu what will he gift her this Karwa Chauth. Happu says that he will keep a fast for her.

In tonight’s episode, Kamlesh comes home to meet Kate but she tells him that if Malaika finds out he is here then she will thrash him. Just then, Malaika enters the room and Kamlesh hides behind the curtains.

Next day, Amma and Happu are waiting for Rajesh to bring breakfast. Rajesh serves Puri and Sabji to Happu and Poha to Amma. Upon asking the reason, Rajesh says that Amma is old that is why she should not eat anything oily as it is not good for her health. Amma says that she was a far better daughter-in-law as compared to Rajesh because she used to take care of her mother-in-law.

Later that day, Rajesh finds a letter written by Amma’s mother-in-law and learns Amma lied about being the nicest daughter-in-law. Amma asks Rajesh to do the preparation as they are going to have a pooja for her mother-in-law’s peace. Rajesh decides to play a prank on Amma and make her reveal the truth. Kamlesh gets an idea to stop Malaika from beating him.

In the preview of the next episode, while the pooja is going on, Rajesh starts acting as if she is being possessed by Amma’s mother-in-law.