In tonight's episode, we see the agent informing Amma that she is getting her money doubled. Find out the details inside. 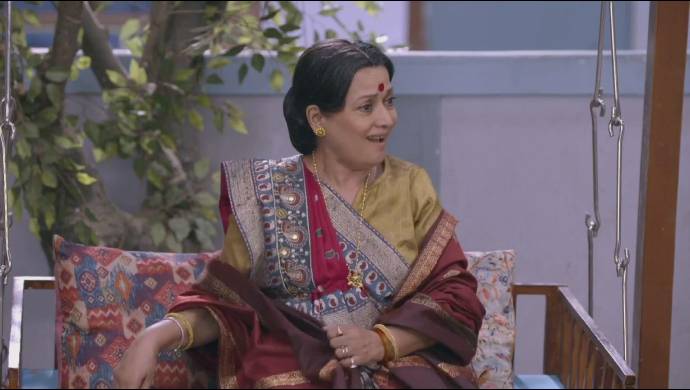 In tonight’s episode of Happu Ki Ultan Paltan, we see Amma telling Rajesh that they should start investing. She tells the latter to invest her bangles. On the other hand, Rajesh tells her that her bangles are heavy and asks her to put in hers instead. She then reluctantly gives away her bangles to the agent for investing them in the money-doubling scheme. Meanwhile, Happu tries to sway Rajesh with his sweet talks and praises her for managing the house in such a low budget.

Later, we see Khodi Lal asking Amma to promise him that she won’t be selling the necklace which he had given her. Amma promises that she won’t do that ever. Meanwhile, Kamlesh asks Kat to undergo a test that will prove if the latter’s a good doctor or not. Kamlesh tells her that he will be acting like he met with an accident on the road and will ask Kat to save his life to complete the test. Meanwhile, Happu’s children Hritik, Ranbir, and Chamchi earn money by putting up a roadside stall. They get excited as the first customer pays them money.

At the police station, the commissioner reveals that a con man has entered their city, who loots people on the pretext of doubling the gold that people have invested in. The commissioner is worried about Happu’s family, who he thinks will fall prey to the con man’s tactics. Happu tells him not to worry about his family. Later, the money-doubling agent informs Amma that they have managed to earn more than double the money of the gold Amma has invested in. He tells him that Amma’s case is indeed special. Amma cannot believe her luck and tells Rajesh to come out of the house. She then asks the agent to tell Rajesh the good news.

In the upcoming episode, we see the politician announcing that he’s demoting the C=commissioner to the post of Daroga and asks Happu to become the commissioner instead. Watch the madness unfold in Happu Ki Ultan Paltan exclusively on ZEE5.