In tonight's episode, Rajesh accepts Amma's challenge and prepares herself to hone her shayari skills. 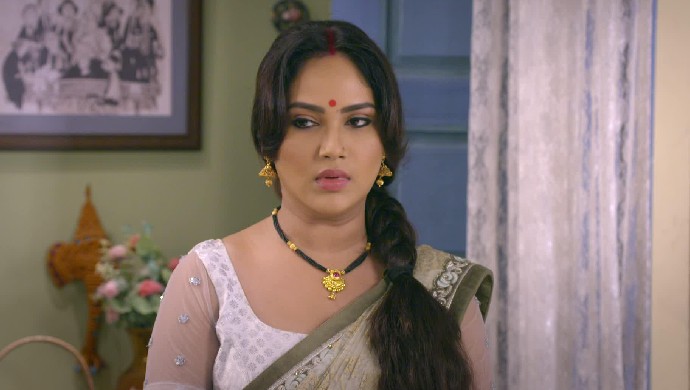 In the previous episode of Happu Ki Ultan Paltan, Happu requests Beni to not to reveal the truth else his job might be at risk. The laundry guy comes home and seeing him, Rajesh, Amma and the kids get surprised. Amma asks him about the saree but he tells her that he did not receive one. Later, Rajesh asks the laundry guy to leave and tells Amma that she had lied to her because she burnt her favourite saree. Hearing this, Amma tells her that she should have told her the truth rather than telling lies.

In tonight’s episode, Amma is seen searching for Khodilal’s photo in an old trunk. Chamchi who is sitting next to her sees an old book and reads the title as Katori Ki Shayari. She asks Amma if she knows how to write Shayari’s. The latter tells her that she used to write Shayari’s when she was young. Just then Beni comes there and hears this conversation.

Both Beni and Chamchi request Amma to read out a Shayari from the book and Amma agrees to do so. After hearing the Shayari, Beni appreciates her talent in a sarcastic tone. A few moments later, Rajesh comes there asks Beni to share the topic of fun. Amma immediately tells her that it’s about Sher-o-Shayari and she must not be having any knowledge of it. Hearing this Rajesh gets angry and goes to her bedroom. Happu sees Rajesh upset and asks her the reason. She tells him about the incident that happened and tells him that she will prove her skills.

Later that day, Rajesh comes prepared and tells a Shayari in front of Amma. Hearing this, Amma gets surprised. Both the ladies start to answer each other’s question with Shayari. Hrithik, Chamchi and Malaika get confused whom to listen and at last, they ask both of them to maintain silence.