In tonight's episode, Rajesh acts as if she is possessed by Amma's mother-in-law and makes Amma do all the household work. 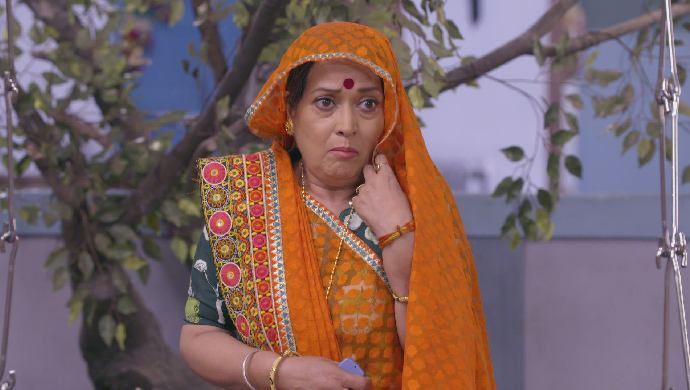 In tonight’s episode, everyone is seen attending the pooja for Khodilal’s mother’s death anniversary. Just then, Rajesh starts acting Khodilal’s mother and calls Katori Amma as Katari. Hearing this name, Amma thinks that her mother-in-law has returned from the afterlife.

Later that day, Happu calls doctor Chanchal Udas to check Rajesh. He tells them that Rajesh needs to take a treatment Bengali Baba Toofani. Rajesh wakes up and starts her acting. The kids and Happu get scared. Amma runs to her bedroom and finds Khodilal hiding inside the cupboard. He tells her that he cannot go in front of Amma as he is afraid of her.

Next day, Rajesh asks Amma to do all the household work and taunts her that she has become lazy. Kamlesh comes home with a fake newspaper that says Haryana Police Department is recruiting candidates who are soft-spoken and kind-hearted. Kate shows this newspaper to Malaika and she gets convinced.

In the preview of the next episode, Amma asks Khodilal why is afraid to meet his own mother. The latter tells her that when his mother was alive she wrote a few letters to her mother complaining about Katori. But after seeing those letters, Khodilal decided not to post them.

12 Quotes By Paramavatar Shri Krishna That Are Truly Inspiring!