In tonight's episode, we see the commissioner's wife getting cheated by the fraud company. Find out the details inside. 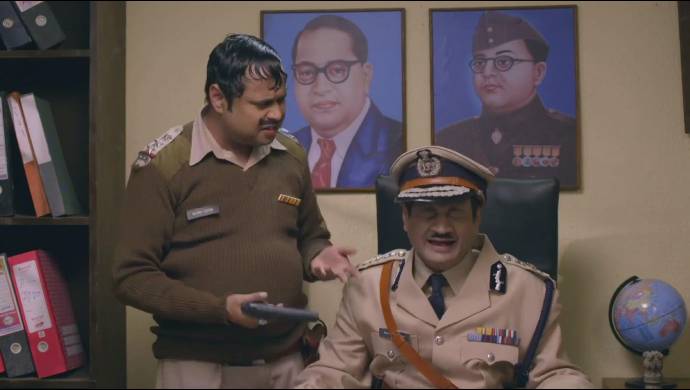 In tonight’s episode of Happu Ki Ultan Paltan, we see Kamlesh advising Kat to become an architect. This way, she can fulfill her dreams of becoming rich. Kat gets excited just at the thought of the same. Meanwhile, Happu informs Rajesh and Amma that there is a company that is involved in the racket of looting people on the pretext of doubling the money that they have invested in. Happu tells them that the company cheats people and runs away with their money. He asks them to be alert of such fraudulent means. Amma says that they find it hard to give away any item from their house, let alone gold.

Meanwhile, Amma and Khodi Lal are having a conversation about the necklace which the latter had given to Amma. Khodi Lal is upset with Amma for giving away the priceless necklace. Amma asks him what she needs to do, to make him feel better. She tells him that the necklace is going to help her double the money that she has invested. Khodi Lal goes away irritated. Later, Kamlesh tests Kat and asks her to remove a brick from a dilapidated house. She chooses a brick from the wall, and Kamlesh removes it and presents it before Kat. On the other hand, Hritik, Ranbir, and Chamchi earn money by putting up a stall outside their school. They then challenge everyone to beat them in the game. At the police station, we see the police commissioner crying, as someone cheated her wife. Happu tells him that Amma and Rajesh didn’t get fooled in spite of being uneducated.  Just then, a politician enters and shouts at them for sitting quietly while the whole city is getting scammed. After a while, the politician announces that he’s demoting the commissioner to the post of Daroga and asks Happu to become the commissioner instead.

Happu Singh’s Amma Aka Himani Shivpuri Is As Dabangg As Her Son.…

In the upcoming episode, we see Happu revealing to Rajesh and Amma that the commissioner’s wife was scammed by the fraud company. Watch the madness unfold in Happu Ki Ultan Paltan exclusively on ZEE5.