In tonight's episode, Beni tells Amma and Rajesh that his friend Fararat Bukhari is a publisher and is looking out for new talent. 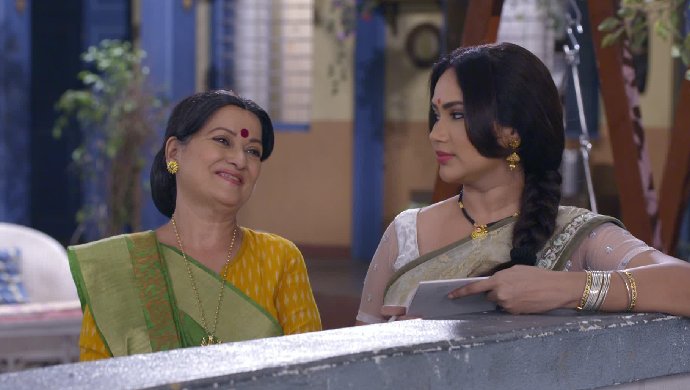 In the previous episode of Happu Ki Ultan Paltan, Chamchi finds an old book of Amma in which she used to write Shayari’s. Just then Beni comes there and requests Amma to read out a Shayari for them. A few moments later when Rajesh asks about it, Amma says that she might not be having the knowledge of such things. Hearing this, Rajesh gets upset and decides to prepare to prove her skills and tackle Amma with Shayari’s.

In tonight’s episode, Rajesh is practising her Shayari skills while doing household chores. Hearing this, Beni comes to Rajesh and tells her that he liked her style of doing Shayari. A few moments later, Amma comes there and tells Beni to hear her Shayari once. Both the ladies then start taunting each other through Shayari’s. To stop this, Beni tells them that one of his friends Fararat Bukhari is a publisher and is looking out for new talent and suggests them to present their Shayari’s to him.

At the police station, Happu is writing Shayari’s since Rajesh asked him to ideate and help her to give a tough competition to Amma. When the commissioner comes there, havaldar Manohar tells him about Happu’s new hobby of writing Shayari’s. Later, Amma calls Happu and asks him to hear her Shayari and tell how is it. Happu having no other option left hears it and appreciates her efforts despite knowing that it’s not at all good.

In the evening when Happu returns from the police station, he directly goes to Beni’s house. He tells Beni that he is annoyed with this new hobby of Amma and Rajesh of becoming a poet. He has to hear all their Shayari’s and act as if he liked it to make them happy. The latter tells him that he was the one who motivated them for writing Shayari’s. Hearing this, Happu gets angry and tells Beni to call his friend and finish this matter as soon as possible.