In tonight's episode, Rajesh gets offended while talking to Happu and asks him to leave the house right away. 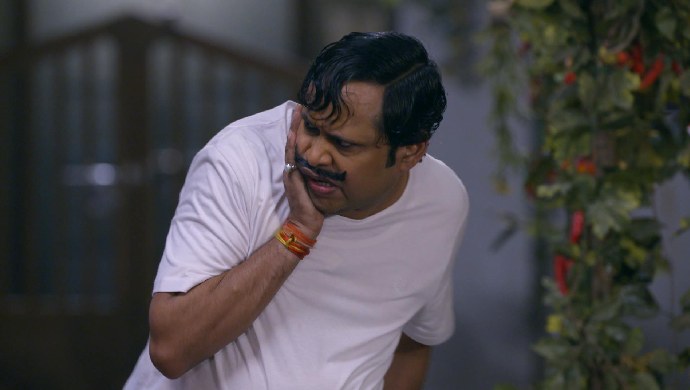 In the previous episode of Happu Ki Ultan Paltan, The commissioner tells Happu Singh that he is ready to keep him on duty but on one condition that he must catch the lady thief who is snatching everyone’s wallets and purses. Happu says that he will find the thief that day itself but before he could leave, the commissioner tells him that the thief is Katori Amma.

Rajesh gets offended and asks Happu why is he saying it’s his house only. Before he could give any explanation, she asks him to get out of the house. This time Amma supports Rajesh and tells Beni that if she sees Happu in his house then she will make sure that he never meets Bimlesh in his life. Hearing this, Beni acts as if he doesn’t know Happu.

In the preview of the next episode, Rajesh makes Happu jealous by telling AMma that she has made delicious dishes for lunch.