In the preview of the next episode, we see Happu going through a dilemma. Find out what happens inside. 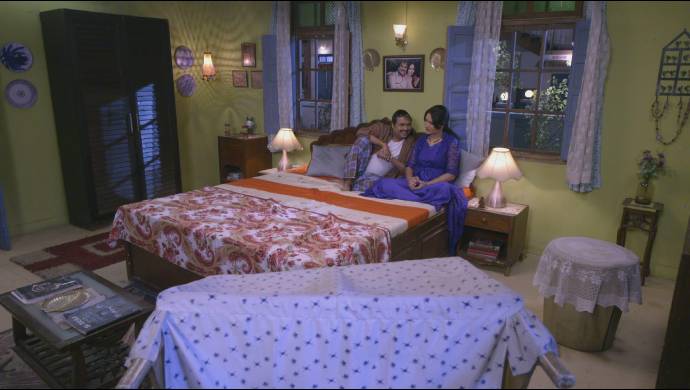 In the previous episode, we saw Rajesh unhappy with Hritik going away to stay with Britney’s family. Hritik asks to not worry about him and tells her to visit him anytime whenever she misses him. Hritik reveals that his new house is bigger compared to Happu’s house. Happu asks Hritik if the latter doesn’t consider Happu’s house as his home now. Hritik says that he doesn’t, much to the horror of Happu. Happu’s family gets emotional and starts crying profusely as Hritik bids them farewell. A while later, Hritik reveals that he plans to change his surname from Singh to Chadda post his marriage with Britney. Hritik then goes away with Mr. Chaddda and Britney while his family gets emotional. Hritik melodramatically comes back as he starts missing his family. Hritik happily reunites with his family.

In the upcoming episode, we see Happu promising Benny that their tour to Bangkok will happen. He asks the latter to book the tickets for the coming Tuesday. Benny is delighted to hear this and kisses Happu in joy. On the other hand, Rajesh wants Happu to take her to a cold destination for their vacation. Happu asks her if she prefers to go to these cold places. Rajesh asks Happu to take her to Shimla. Happu agrees and asks her when does she want to go. Rajesh tells him to book tickets for the coming Tuesday. Happu reacts to it shockingly.

Will Happu get out of the vacation dilemma? Stay tuned to find out! Meanwhile, catch the latest episodes of Happu Ki Ultan Paltan exclusively on ZEE5.