In tonight's episode, we see Happu making false promises of taking everyone out for a vacation. Find out the details inside. 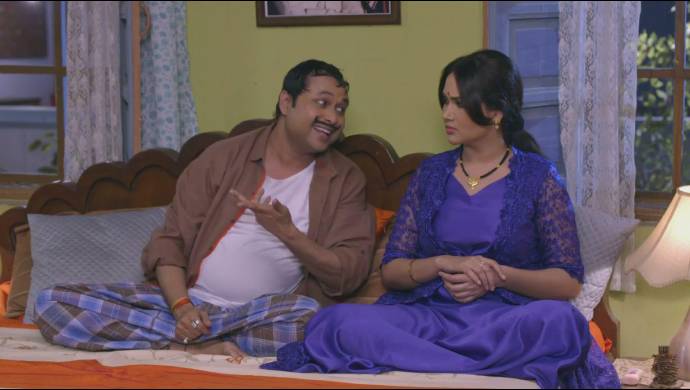 In tonight’s episode of Happu Ki Ultan Paltan, we see Benny convincing Happu to come with him for a holiday. Happu tells him that he needs to cook up a reason at home so that he can go for a vacation. He then asks Benny to book the tickets and says that he will manage something. Benny asks Happu if the latter would tell his family members that he’s going to Bangkok for a vacation. Happu says that he will lie about going to Bangkok and instead tell them that he’s going to Bangalore. He then promises Benny that he will make the Bangkok tour successful. Meanwhile, Rajesh asks Happu to take her and the children out for a vacation. Rajesh wants Happu to take them far away for a holiday. Happu asks her about where she wants to go. Rajesh reveals that she wants to go to Shimla for their vacation.

A while later, Happu is consoling Rajesh who is crying profusely because she wants to be taken to Shimla. Happu tells her that they will definitely be going to Shimla. He then wonders how he would be able to keep the promise he made to Benny. Amma’s yelling interrupts Happu’s train of thought. Amma wants Happu to arrange a family vacation to Goa. She starts crying to convince Happu. The latter consoles her and agrees to take her to Goa. Amma asks him to promise her that Happu will take her to Goa. Happu obliges.He then asks Amma to let Happu go to work in a good mood. Amma is delighted to hear this. She, however, gets close to Happu and whispers that if the latter doesn’t keep the promise, she would break both his legs, much to his horror.