In tonight's episode, Gunjan calls Happu Singh and tells asks him to listen to Amma and Rajesh's argument. 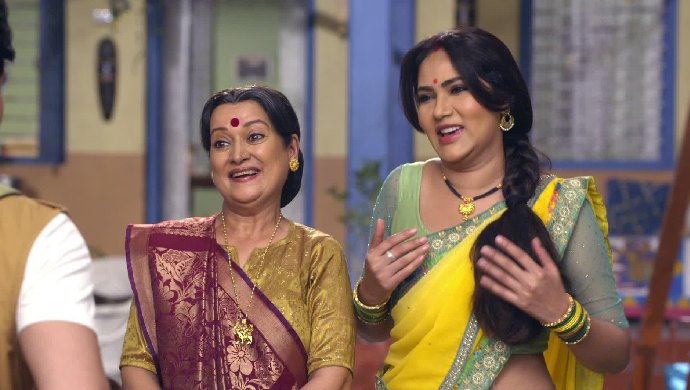 In the previous episode of Happu Ki Ultan Paltan, the commissioner comes home to get a solution about a problem from Amma. He tells her that his sister’s daughter is not ready to get married because she feels that every marriage is unsuccessful. Happu suggests him to leave it up to them as they are a very happy family and if she stays with them then her opinion will change. At night, everyone is having dinner along with the commissioner’s niece. At first, everything seems fine but a few moments later, Amma finds a cockroach in the food and starts cursing Rajesh for intentionally mixing it in her food.

In tonight’s episode, Happu tells Amma and Rajesh that they need to stop fighting with each other and make the commissioner’s niece, Gunjan, believe that they are a happy family. Both the ladies agree and promise to avoid arguments with each other.

Next day morning, Amma and Rajesh are taunting each other. Just then, Gunjan comes there and both the ladies change the tone of the talks and start talking nicely with each other. Happu tells Gunjan that this is the love he was talking about. Later, Kamlesh comes to Malaika and Kate’s bedroom and asks Malaika to give him Kate’s mobile number so that he can talk to her. She is about to tell him the number when the paltan comes there.

Later that day, Gunjan calls Happu Singh and tells asks him to listen to Amma and Rajesh’s argument. Hearing this, Happu regrets his decision for calling Gunjan. A few moments later, the commissioner comes there and asks about the Gunjan. Happu lies to him that her opinion has changed but Manohar interrupts him and suggests him to go and check himself.