Happu and Amma find out that Rajjo is pretending to be possessed. After being exposed, she tells Amma about her desire to start her own beauty parlour 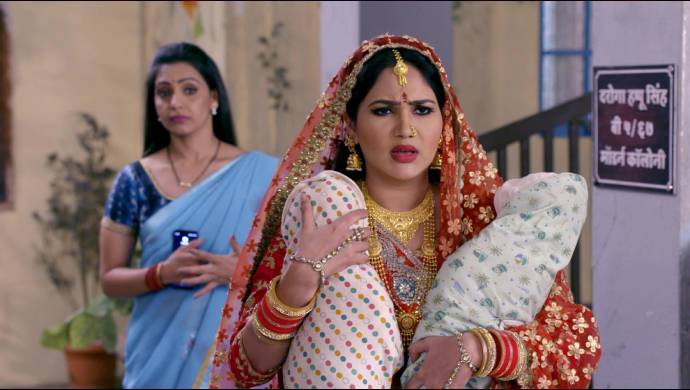 In today’s episode of the show, we will see how Amma blames Happu for the condition they are in as they both try to buck up and cook food for Chimti Maiyya and everyone else in the house. They have to do so as the offerings made to Chimti Maiyya make her happy. Meanwhile, Chamchi comes in the kitchen and ends up revealing her mother’ secret. She tells them that Rajjo is just acting and is not actually possessed. Amma denies it at first, as she believes in the miracles that have been performed, but Chamchi explains that it is all co-incidental.

Later, as Chimti Maiyya waits for the food, Amma and Happu also appear in the guise of saints and say that they will also be in the service of Chimti Maiyya forever. Rajjo is scared and she gives up the act.

The next day, Happu walks up to Resham Pal and tells him about his wife’s pretence. Happu also summons a doctor who tells Resham Pal that the latter must see a specialist, and that the blessings of Chimti Maiyya have not done anything to make him better.

Later, Rajjo can be seen conversing with Amma and telling her that she feels lost. Amma asks her what she wants to do, to which Rajjo replies that she wants to become independent and start her own beauty parlour. Rajjo also tells her mother-in-law that she will buy all the necessary ingredients from a nearby seller!

In the next episode, we will see that Hritik asks Happu to buy a car for the family. They can all be seen dressed up and ready to go to a function. But Rajjo says that Happu can’t afford to buy a cycle, so the dreams of a car are far off!

Meanwhile, watch all episodes of the show Happu Ki Ultan Paltan only on ZEE5!

Watch Parmanu The Story Of Pokhran On ZEE5