In tonight's episode of Happu Ki Ultan Paltan, Rajesh decides to throw a party and invites everyone except Happu Singh. 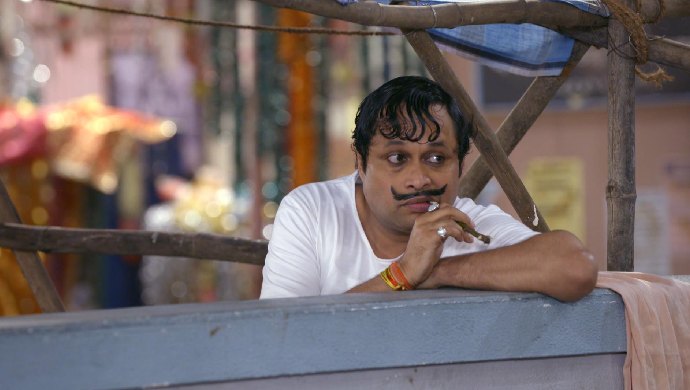 In the previous episode of Happu Ki Ultan Paltan, the commissioner gets emotional and allows Happu Singh to return to his duty.  Happu Singh tells Rajesh that she is the most important person in his life as she does so much for his house. Rajesh gets offended and asks Happu why is he saying it’s his house only. Before he could give any explanation, she asks him to get out of the house. This time Amma supports Rajesh and tells Beni that if she sees Happu in his house then she will make sure that he never meets Bimlesh in his life.

In tonight’s episode, Rajesh is upset because she kicked Happu Singh out of the house. When the kids tell her that she shouldn’t have done that, she asks them to leave the house and join their father. All the kids immediately start supporting Rajesh.

Next day, Happu Singh wakes up and expects that one of his kids will bring tea for him. But unfortunately, Kate brings tea for Kamlesh and says that Rajesh has strictly told them not to do so. Meanwhile, Amma regrets taking Rajesh’s side and kicking her own son out of the house. Later, Rajesh asks Kamlesh to drop the kids to the school and tells him that she has made delicious dishes for lunch.

Movie Masti With Maniesh Paul: Meet The Crazy Members Of The Filmy Family

Happu goes to the police station and learns that even Manohar’s wife kicked him out of his house. The commissioner comes there and laughs at Happu and Manohar’s situation. A few moments later, he gets a call from Rajesh inviting him for the birthday party. She mentions not to bring Happu Singh because he is not invited.

In the preview of the next episode, Happu Singh comes near the window of his bedroom and tells Rajesh that he felt bad when she gave a party and didn’t invite him. Rajesh gets irritated and shuts the window.

26/11 Attack: Eleven Years Of 2008 Mumbai Terror Attacks, One Of The Deadliest In History