In the preview of the next episode, Happu requests Rajesh to stay silent and pretend to be a happy and peaceful living family. 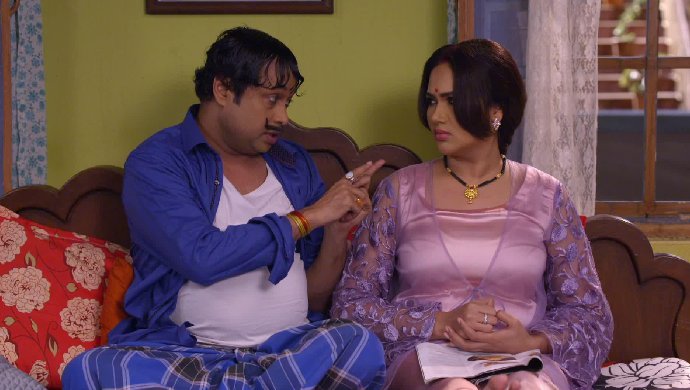 In tonight’s episode of Happu Ki Ultan Paltan, Happu tells Amma and Rajesh that they need to stop fighting with each other and make the commissioner’s niece, Gunjan, believe that they are a happy family. Both the ladies agree and promise to avoid arguments with each other. Later that day, Gunjan calls Happu Singh and tells asks him to listen to Amma and Rajesh’s argument. Hearing this, Happu regrets his decision for calling Gunjan. A few moments later, the commissioner comes there and asks about the Gunjan. Happu lies to him that her opinion has changed.

In the preview of the next episode, Happu gets annoyed with the constant fights between Amma and Rajesh. He tells Rajesh that if they don’t arguments then he might lose his job. The latter tells him that she has decided to stay silent no matter what. She also tells him to tell it to Amma as she is the one who taunts her every now and then.