In the preview of the next episode, a masked man enters Happu's house and threatens everyone. Details inside. 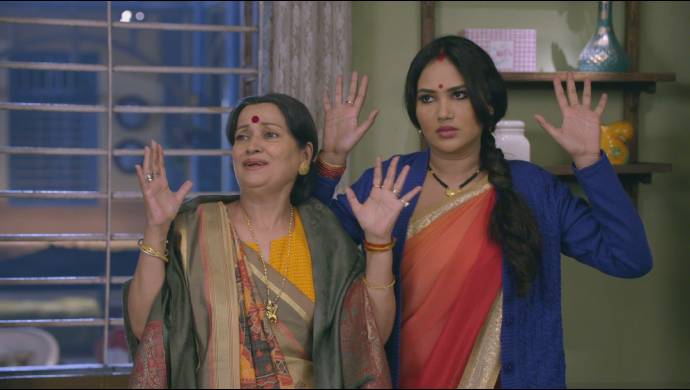 In the previous episode, we saw Amma asking Benny to not reveal the truth to Happu. Benny tells her to not keep Happu in the dark and reveal everything. He tells them that the company tricked them and Amma in turn, is trapping Happu. Later, Happu enters the house and asks the former commissioner to give sweets to Amma and Rajesh. He says that he wants to celebrate his promotion and asks Rajesh to cook matar paneer for the occasion. Meanwhile, Malaika asks Kat and Kamlesh to not experiment and put people’s lives in danger. Hritik, Ranbir, and Chamchi greet the principal at their stall outside the school. As they prepare to flee, the principal asks them to wait as he wants to play the game.

In the upcoming episode, we see Happu elated about being made the commissioner. He says that his mere presence is beginning to terrify people and he loves it. Rajesh and Amma laugh at the same. Just then, a masked man enters their house and threatens to kill, if anyone attempts to move. The masked man then asks Amma to give him all the ornaments that she has. Amma says that she will hand over everything and requests the masked man to not harm them. A scared Happu asks Amma to hurry up.

What do you think will happen next? Tell us in the comment box below. Also, catch all the episodes of Happu Ki Ultan Paltan exclusively on ZEE5.