In tonight’s episode of Happu Ki Ultan Paltan, Rajesh makes amends in the house. Find out inside. 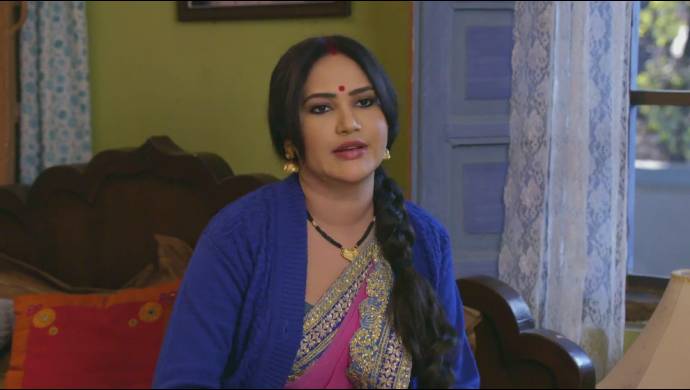 In this episode of Happu Ki Ultan Paltan, Happu and Amma are sipping tea, while seated in the garden. Happu tells her, that she has not visited Pathakpur in a very long time and plans to go soon. Amma finds Happu’s idea ridiculous, as she thinks the cold at Pathakpur is unbearable. Meanwhile, at the police station, Benny is seen apologising profusely to Happu. The latter forgives Benny and they both hug it out.

Next, we see Amma, Rajesh, and the children eating Khichdi at the dinner table. Amma praises Rajesh for making the dish, while the latter thanks her for acknowledging it. Hritik, however, is sitting gloomily at the table. Rajesh asks him to be cooperative for a few days. Rajesh tells Hritik that if he wants to eat chicken, mutton or even ice-cream, he can ask Benny uncle for it.

We then see Kat and Kamlesh at the gate of their college. Kat wonders why someone gave her a coin, when she was singing. She thinks that the passer-by must have thought that she was a beggar. Kamlesh thinks that the response they got from the person was genuine and that they should continue singing at this very spot, everyday.

Later in the episode, we see Amma telling the sabjiwala to sell his vegetables for double the rates, to Rajesh. The sabjiwala, who is hesitant at first, eventually agrees to do so for Amma. Meanwhile, Rajesh cuts down the use of electricity, so that she can manage the house, in under Rs. 10,000. Happu assures her that he earns enough for the entire household and that she doesn’t have to worry. Rajesh is however adamant and wants to prove to Amma that she can manage the budget of the entire house in under the specified budget. Rajesh asks Happu to do as she says and wait for what happens next.

In the upcoming episode, we see Rajesh asking Benny to switch the expensive bottle of alcohol with a the cheaper one. What madness will occur next? Stay tuned!

Catch all the episodes of Happu Ki Ultan Paltan, streaming for free on ZEE5 here.