Happu tells Amma that Rajesh is behaving abnormally. Just then Rajesh is seen shaking her head while making breakfast. 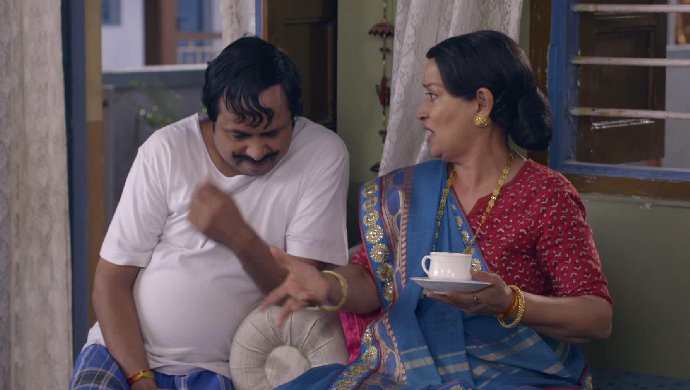 In tonight’s episode of Happu Ki Ultan Paltan, Beni calls Rajesh and reminds her to rehearse the dialogues nicely. Rajesh goes out in the veranda to rehearse for her play. Happu wakes up and freaks out when he sees Rajesh walking in their veranda and talking about killing Amma and drinking her blood.  Next morning, Happu asks Amma if she knows anything about Chudail (witch).

In the preview of the next episode, Happu goes near Amma and tells her that Rajesh is behaving abnormally. Just then Rajesh starts rehearsing for her play while making breakfast in the kitchen. Seeing this, Amma and Happu get scared. Amma tells Khodilal to go and see her. The moment he sees her, he runs back and tells Amma that Rajesh is a witch.