In the preview of the next episode, the kids decide to take revenge on Happu by scaring him at night. 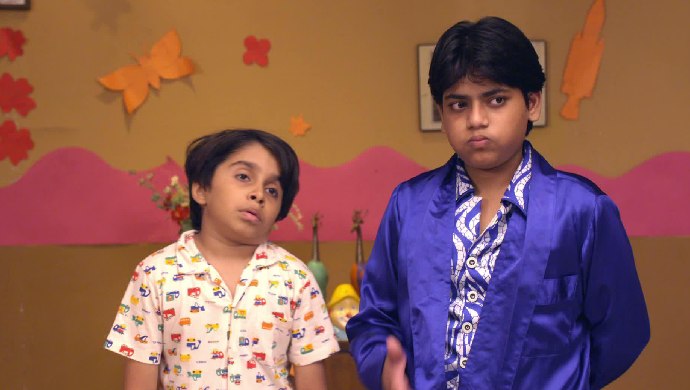 In tonight’s episode of Happu Ki Ultan Paltan,  the commissioner scolds Happu for lying to him about having a happy family. Amma feels that something bit her and calls everyone. Rajesh tries to suck the venom out of Amma’s body and while doing so she faints. Amma feels proud of Rajesh because she didn’t think twice to risk her life for her. Gunjan is present while all of this happens. Later that day, the commissioner comes home and Gunjan tells him that she was wrong about Happu’s family and now she wants to get married.

In the preview of the next episode, Rajesh gets scared when she sees a rat. Seeing this, Happu tells her that she is the wife of a daring police officer and she shouldn’t be afraid of such things. The kids decide to take revenge on Happu by scaring him at night.