In tonight's episode, Hrithik, Chamchi, Malaika and Ranbir together scare Happu to make him realise his mistake. 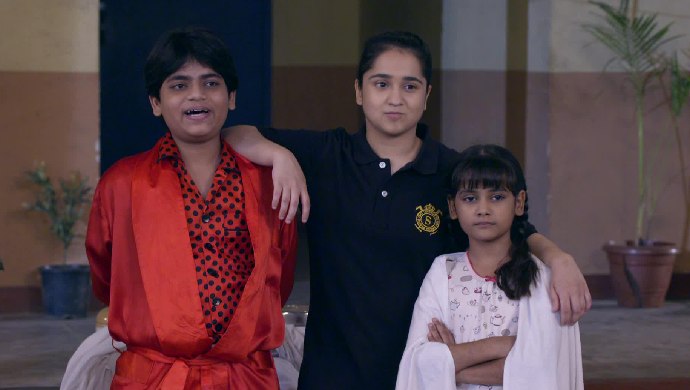 In the previous episode of Happu Ki Ultan Paltan, the commissioner scolds Happu for lying to him about having a happy family. Amma feels that something bit her and calls everyone. Rajesh tries to suck the venom out of Amma’s body and while doing so she faints. Amma feels proud of Rajesh because she didn’t think twice to risk her life for her. Gunjan is present while all of this happens. Later that day, the commissioner comes home and Gunjan tells him that she was wrong about Happu’s family and now she wants to get married.

In tonight’s episode, Rajesh sees a rat and gets frightened. Seeing this, Happu makes fun of her saying how coward she is. All the children tell him that he should not tease Rajesh of being coward because even he gets scared sometimes.

Later that day, Malaika, Hrithik, Chamchi and Ranbir feel bad about Rajesh and think of a plan to make Happu realise his mistake. Just then, Kamlesh comes to the bedroom and joins the paltan in planning to scare Happu. At night, the electricity in the house goes off and Happu gets irritated. Upon calling the electrician they learn that there is an issue in the transformer and it will take some time to repair.

Kamlesh says that this is the right time and all of them come to Happu’s bedroom and scare him using blankets. Seeing so many ghostly figures, Happu gets frightened and tries waking up Rajesh and Amma but both ladies are in deep sleep. Later, when the light turns on, the paltan reveals that they had made the plan to teach a lesson to Happu for teasing Rajesh.

Highly Opinionated: Why We Need More Real And Relevant High-School Dramas Like REJCTX