Beni saves Happu twice as the fight between Amma and Rajesh continues. Find out what else happens in Happu Ki Ultan Paltan. 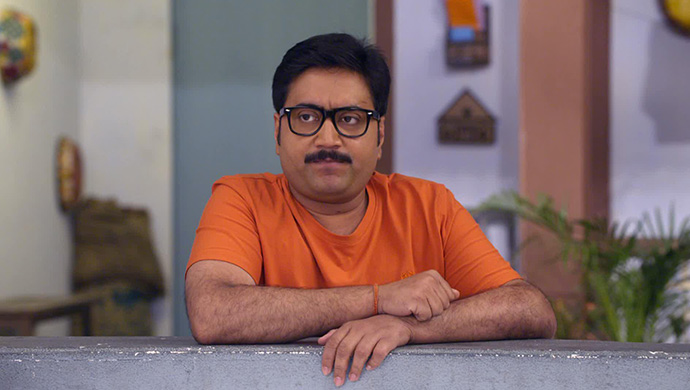 In the previous episode of Happu Ki Ultan Paltan, Amma gets angry at Happu after knowing that he was massaging Rajesh. On the other hand, Kamlesh provokes Malaika by calling her fake Haryana police. She then decides to teach him a lesson and pushes the ladder on which Kamlesh is standing. The doctor comes to see him and tells everyone that he is badly injured needs to take rest.

In tonight’s episode, Rajesh requests Happu to go and make tea for Amma. But he is confused that if he goes with the tea then Amma won’t spare him. While walking into the kitchen, he sees Kate with an empty teacup in her hand as she made tea for Kamlesh who is still in their house.

Happu gets angry on her and asks her that she should have made it for everyone, but Kate tells him that she made it only for Kamlesh because he is badly injured. Happu then calls Beni and asks him to make tea for Amma so that he won’t be responsible for helping Rajesh. Just when one problem gets sorted, Chamchi and Hrithik get ready for school. Because Kamlesh is injured they ask Happu and Rajesh to drop them to school. Amma who is sipping her tea, hints Happu to ask Rajesh to drop kids to the school.

Rajesh stares at Happu and asks him to drop the kids as she is having bad back pain. Amma interferes in between and tells Rajesh that if she drops the kids to the school then she can have a walk and feel fresh as she is always sitting at home. Happu gets confused about the situation and goes to the washroom by giving an excuse for having an upset stomach. After going inside, he calls Beni to help him once again and drop the kids to the school.

Beni having no other option goes to drop the children to the school and saves Happu from the problem. A few moments later, Happu comes out and sees that the kids are gone and Amma feels proud of him.