In tonight's episode, we see Hritik falling in love with a girl from his school. Will he confess his love? Find out inside. 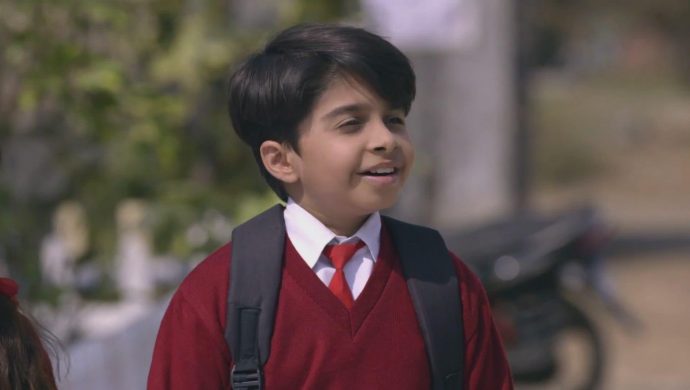 In tonight’s episode of Happu Ki Ultan Paltan, we see Amma asking Rajesh what she has planned for her three daughters. Rajesh tells Amma that Happu has already secured their future by putting Rs. 20 lakh each as a fixed deposit in the daughter’s accounts. Amma is delighted to hear this and asks why Happu didn’t inform her. Happu reminds her that he had told her the same last night. Just then, Happu’s children enter and ask for their tiffin. Rajesh tells them to wait as she’s going inside to fetch it. Later, Hritik confesses to Chamchi that he feels uneasy in Happu’s house as their father cannot afford certain things. He wishes to have been born into a rich family. Just then, a car screeches past and comes to a halt before Chamchi and Hritik. A schoolgirl gets down from the car and Hritik looks at her in awe. He seems to have fallen in love with her.

Later, Hritik asks Chamchi if he should be friends with Britney. Chamchi tells him that she likes the latter and asks him to go ahead. Upon hearing this, Hritik dances in joy. On the other hand, Kat and Kamlesh inform Rajesh and Amma that they are going to be reporters. Rajesh thinks that the salary they are getting is too less. Kat tells her that the salary will increase later. Upon hearing this, Rajesh is happy knowing that Kat has finally achieved something in life. After a while, Hritik asks Happu if the latter looked at himself in the mirror. Happu says that he has. Hritik then insults Happu by saying that the latter’s face is that of a poor watchman. Meanwhile, Amma tells Hritik that she had fallen in love with his grandfather. Hritik agrees that beauty is secondary, it’s the heart that matters. Later, Rajesh tells Happu that no one can fall in love with the latter because of his face. An irritated Happu then asks how his face looks to her. Happu is hurt because Rajesh finds his face ugly. Rajesh then reveals that she was just making fun of Happu and that she finds him handsome indeed.