It is a series of breakups as Kate, Rajesh, and Amma all argue with their respective partners. Which relationship will survive this turmoil and how? 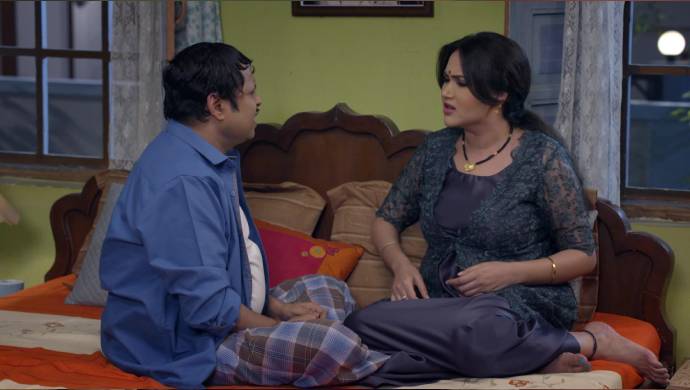 In today’s episode of the show Happu Ki Ultan Paltan, we will see how Happu’s friend Beni visits a baba, who tells him the only way to win Bimlesh’s love is to break one of his friends’ marriage. Beni is desperate for love and decides to make Happu the victim. He calls Happu just when the latter is having a romantic moment with his wife Rajesh. Beni whispers in a seductive feminine voice and tries to lure Happu, and also tries to add the fact that they know each other. Rajesh gets infuriated and throws Happu out of the room.

On the other hand, Kate and Kamlesh have a fight and call it quits on their relationship. Meanwhile, Amma and Happu’s father are seen talking about their marriage. Happu’s father discloses that he was kissed by a nymph in his dream. This annoys Amma and she asks Happu’s father to get out of the house.

Meanwhile, Rajesh asks Amma what is wrong with Happu’s father, while Amma asks Rajesh if Happu did something wrong. Rajesh tells Amma that Happu is having an affair and his mistress had called to talk to him. Rajesh and Happu have another argument and Rajesh shuts the door of the room, leaving Happu outside to freeze.

In the next episode, we will see how Happu and Rajesh are dancing to a song which translates to ‘if you work all day, when will you love me?’. Is this Happu’s dream or is it really happening? Stay tuned to find out.

Thank You For The Music! 10 Songs From Lockdown That Are Contagious, In a Good Way

Bhabi Ji Ghar Par Hi Rahengi: What If There Were A Lockdown And Curfew In BGPH?