In tonight's episode, Happu tells everyone how he risked his life and arrested a dangerous smuggler. 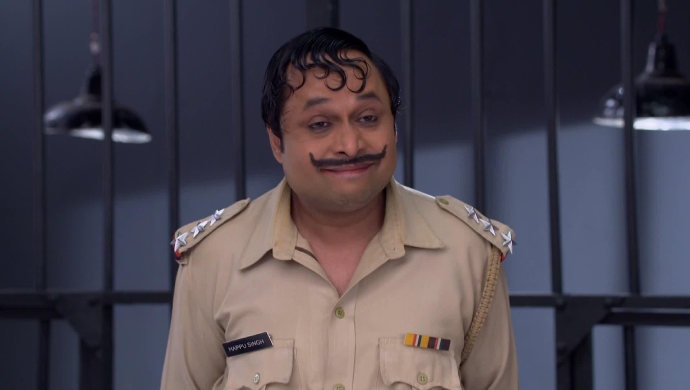 In the previous episode of Happu Ki Ultan Paltan, Amma learns about Rajesh’s plan and makes a counter plan to teach her a lesson. Amma goes to Rajesh’s bedroom with a glass of milk and asks her if she remembers the glass. She then tells her that it is the same glass she used to kill her and now she will use it to kill Rajesh. Happu returns to his bedroom and asks Rajesh to pack their bags. Amma then tells everyone that she came to know about Rajesh’s prank and that is why she decided to teach her a lesson.

In tonight’s episode, Amma and Rajesh do the Karwa Chauth pooja and break their fast. Amma taunts Happu for keeping a fast for Rajesh and says that he must start using Sindoor too. A few moments later, Beni comes out of his house and tells everyone that even he kept a fast for Bimlesh.

Next day, Happu comes home from duty and tells everyone that he caught a dangerous smuggler by risking his life. Hrithik questions him about the same and the latter gets annoyed. Happu more irritated when Rajesh tells him that she has made a vegetable which he hates. Happu blames Rajesh for being lazy and says that he does all the work and she can’t even take care of his children and house.

Later at night, Rajesh apologises to Happu and says that she will make his favourite dish the other day. Kamlesh comes home and tells Kate that his uncle owns airlines and he has agreed to hire him and Kate as a pilot and air hostess.

In the preview of the next episode, Happu is seen scolding Rajesh for being lazy.