In tonight's episode, we see Hritik proposing marriage to Britney. Will she accept the proposal? Find out inside. 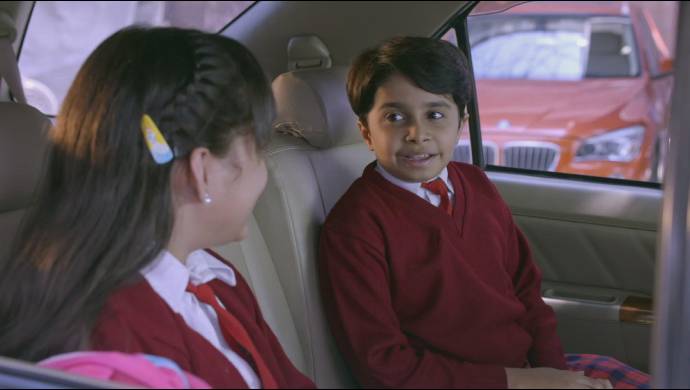 In tonight’s episode of Happu Ki Ultan Paltan, we see Kat and Kamlesh interviewing Malaika. They ask the latter questions about women’s safety. Kat does a live reporting of Malaika who agrees to show a demonstration on women’s safety. The latter then beats Kamlesh up while Kat does the reporting. Meanwhile, Hritik asks Ranbir to sing a romantic song as he cannot sleep. As the latter starts singing, Hritik dreams of Britney. A dreamy Hritik then romantically dances with his new-found love Britney. The latter twirls Hritik who is delighted to dance with her.

After a while, Amma and Happu’s children ask Happu to buy a buffalo for their house. Rajesh says that an animal needs to be taken care of and therefore finds the idea ridiculous. She then hands over the tiffin boxes to Ranbir and Chamchi and notices that Hritik isn’t around. Ranbir goes inside to find him. On the other hand, Happu says that he has noticed that Hritik is acting weird. Amma says that Hritik has gone rogue because Rajesh didn’t give him a pizza which made him upset. The family then finds Hritik sleeping on a roadside bench. The latter realises that he was sleeping on a bench all this while. He goes away to get ready for school.

Later, on their way to school, Hritik asks Chamchi to go ahead while he waits for Britney. The latter arrives in her car and asks Hritik to come along. Hritik asks Britney if she wants to marry him. Britney declines the proposal at first but then tells him that she would have to ask her father. Meanwhile, Happu is being interviewed by Kat and Kamlesh. Kamlesh asks him to cut his moustache. Happu refuses to do so and they continue their interview.