In tonight's episode, Rajesh asks Happu to get a gold necklace for her but the latter says that he does not have enough cash to buy it. 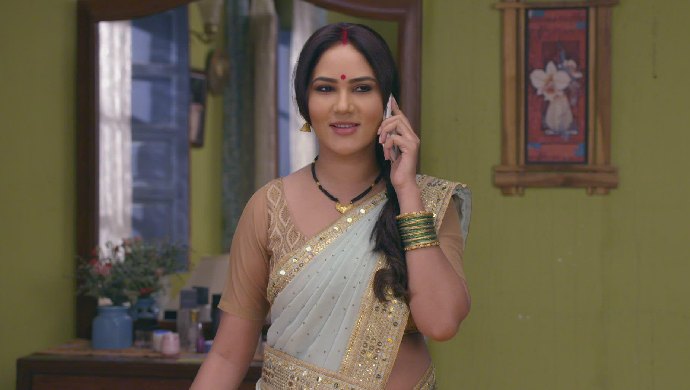 In tonight’s episode of Happu Ki Ultan Paltan, Rajesh is seen angry with Happu Singh. Upon asking the reason she says that she went to her friend’s wedding and felt embarrassed because all her friends were wearing beautiful and costly jewellery and she wasn’t. She asks Happu to get a gold necklace for her but the latter says that he does not have enough cash to buy it. Rajesh gives him an ultimatum that she will come close only when he gets her a gold necklace.

Next day, Kamlesh comes home and tells Kate that his father kicked him out of the house again. Rajesh comes there and asks Kamlesh to drop the children to the school. When she sees that he does not have a bike, she asks him to carry Hrithik and Chamchi on his shoulder. Later, Kate asks Happu to allow Kamlesh to stay at their place. When Happu is about to disapprove the idea, Kate reminds him that a few days before even he was kicked out of the house.

Later that day, a lawyer comes home and tells Amma that she has a won a case and in return, she will now get 1-5 lakh rupees. He hands over the cash to Happu Singh and just then Rajesh hints him to buy her a necklace. In the evening, Happu buys a necklace and tells Rajesh to call her friends to show off her new necklace.

In the preview of the next episode, Rajesh invites her friends saying she wants to show them a new gold necklace that Happu bought for her. When she enters the house, she sees Happu gifting the necklace to Amma.

Arjun Rampal Birthday Special: Thank You For Always Melting Our Screens By Just Being YOU