In the preview of the next episode, we see Hritik cheekily admitting his love before his family. Find out the details inside. 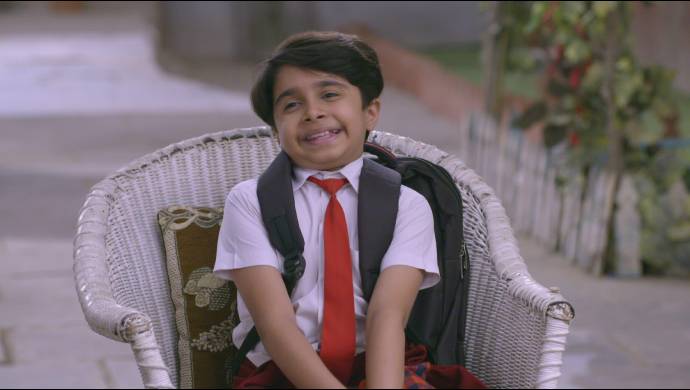 In the previous episode, we saw Kat and Kamlesh interviewing Malaika and asking her questions about women’s safety. Malaika agrees to show them a demo. She then beats Kamlesh while Kat does the live reporting. After a while, Hritik dreams of romancing Britney who dances and twirls with him. Meanwhile, the entire house starts looking for Hritik the next morning. They find him sleeping on a bench outside their house. Hritik then runs away to get ready for school and meet Britney. Later, Britney’s car stops right in front of Hritik and she asks the latter to hop in. Once inside, Hrithik proposes Britney for marriage. To this, Britney replies saying that she would have to ask her father first before deciding.

In the upcoming episode, we see Amma welcoming Chamchi and Hritik as they come back home from school. Rajesh asks Hritik how his day at school was. Hritik ignores the question and says that he has two announcements- one good and one bad. Rajesh tells Hritik to announce the good news first. Hritik then cheekily admits that he wants to marry Britney which surprises everyone in Happu’s family. Kamlesh, on the other hand, claps for Hritik.