In tonight's episode, Beni suggests Happu to go and tell Amma that he is not the father of Rajesh's child. 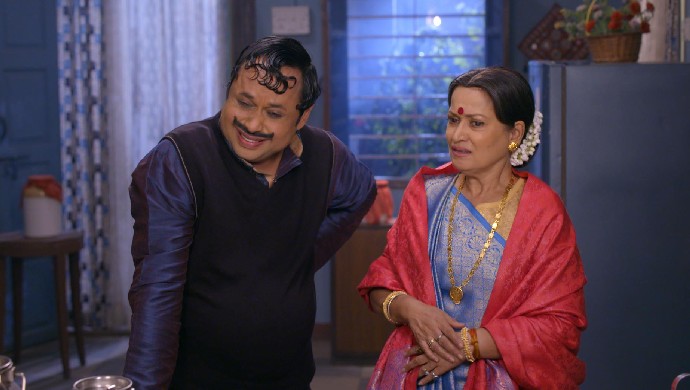 In the previous episode of Happu Ki Ultan Paltan, Hrithik tells Happu that he knows who has betrayed him. Upon asking who it is, the latter takes Beni’s name. Happu gets furious and goes to Beni’s house and slaps him for betraying. A shocked Beni asks him to verify with the person who lied to him. When Happu and Beni ask Hrithik, the kid says that he was talking about the flowers in the garden.

In tonight’s episode, Rajesh calls her friend and tells her that she is worried about what will happen when Amma learns the truth. The latter says that she must stop worrying about it and enjoy the Godhbharai ceremony.

In the evening, Malaika asks Kate to change her Anarkali look and dress up in something normal. Kate tells her that she is rehearsing for the play and she won’t stop doing it until she is fully prepared for it. Meanwhile, the guests start coming in which includes the commissioner, Rajesh’s friend among the others. Meanwhile, Happu goes to Beni’s place and tells him that he cannot be a part of the function knowing that he is not the father of the child.

Salman Khan And Katrina To Promote Bharat On The Sets Of Bhabi Ji Ghar Par Hain.…

Laal Ishq: What Happens When The Sweet Memories Of Childhood Turn Into A…

Beni suggests Happu go home and tell Amma the truth. Happu listens to the latter and tells Amma that he is not the father of Rajesh’s child. Rajesh, who is seen overhearing this conversation intervenes by announcing that the whole pregnancy matter was a lie so that she could get some rest. Amma feels bad and forgives both of them. Later, Happu and Rajesh go out and dance with their kids and other family members.

In the preview of the next episode, Rajesh, Amma, and the kids complain to Happu Singh that they need a car.