In the preview of the next episode, we see Mr. Chadda requesting Happu to let Hritik stay with them. Will Happu allow it to happen? Find out inside. 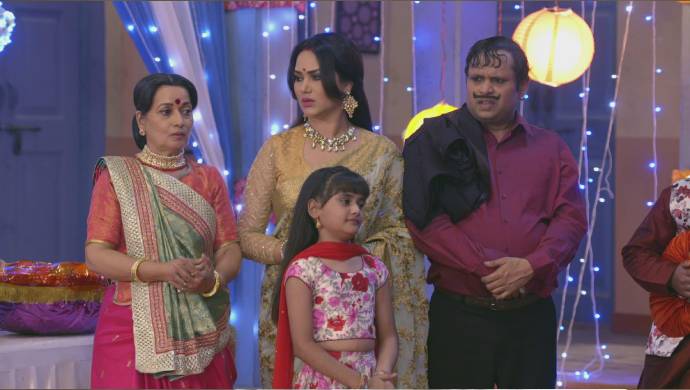 In the previous episode, we saw Happu’s family getting decked up to meet Britney and her family. Britney and her father enter Happu’s house with a basket full of gifts. Britney’s father hands over a cheque and asks Happu to prepare for Hritik and Britney’s wedding. He then showers money on Hritik as he’s his future son-in-law. Mr. Chadda announces that they will be having the ring ceremony the next day. Later, Kat and Kamlesh get excited to see themselves on TV for the first time. Malaika, on the other hand, tries to create a fight between them. After a while, Amma and Rajesh crib over not being able to purchase new sarees. Happu tells them that he’s helpless. Just then, Hritik comes in and gives money to Amma for buying the new saree.

In the upcoming episode, we see Mr. Chadda announcing something after Hritik and Britney’s engagement ceremony. Malaika says that she won’t let Hritik and Britney get married as they are both below 18 years of age. To this, Mr. Chadda replies saying that he also won’t allow it and wait for Britney and Hritik to cross the legal age to get married. He, however, has other ideas for Hritik’s future. Mr. Chadda then requests Happu to allow Hritik to live with them. Happu’s family is shocked to hear this.