In tonight's episode, we see Happu's family being unhappy with Hritik going away to live with Britney. Find out the details inside. 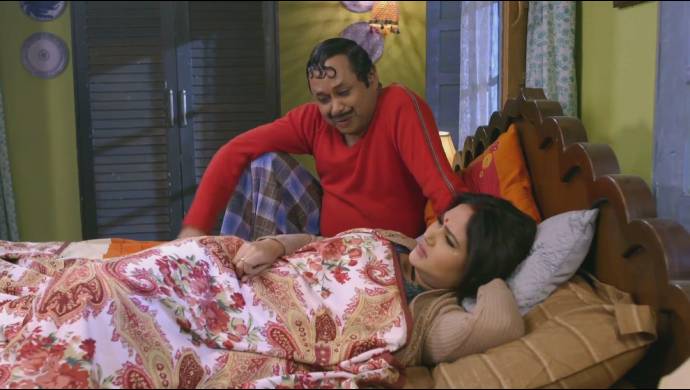 In tonight’s episode of Happu Ki Ultan Paltan, we see Hritik giving money to Happu and ordering him to wash his hair with shampoo. Happu gets irritated and throws the money away. He then lectures Rajesh for spoiling the kid. Meanwhile, Happu’s family prepares for Hritik and Britney’s engagement ceremony. On the other hand, Kat and Kamlesh do live reporting of the engagement ceremony. A while later, Happu’s family dances joyfully during the ceremony. Kamlesh then tells Kat that the coverage of the engagement ceremony will make them famous. Kat questions him further about this. Kamlesh reveals that people would like to watch the marriage of the two underage kids, as it is illegal. Kat comprehends this and gets excited. They both then go to enjoy the function.

After a while, Rajesh is unhappy with how Hritik left his own family and went on to stay with Britney. Rajesh wants Happu to convince Hritik to come back as she’s missing the latter a lot. Meanwhile, Bhoorey Lal is crying profusely because Hritik has left their family. He tells Amma that Mr. Chadda took Hritik away using money and asks Amma to do something about this. On the other hand, Amma says that nothing can be done now as Hritik is now sold to Mr. Chadda. She further says that goods once sold cannot be brought back. Later, Hritik confesses before Ranbir and Chamchi that he’s thinking of shifting to America as he’s tired of living in the small house of Happu. Ranbir tells Hritik that he has become a big shot.

Happu Singh’s Amma Aka Himani Shivpuri Is As Dabangg As Her Son.…