In the preview of the next episode, we see Hritik inviting Rajesh to stay with him forever at Britney's house. Find out the details inside. 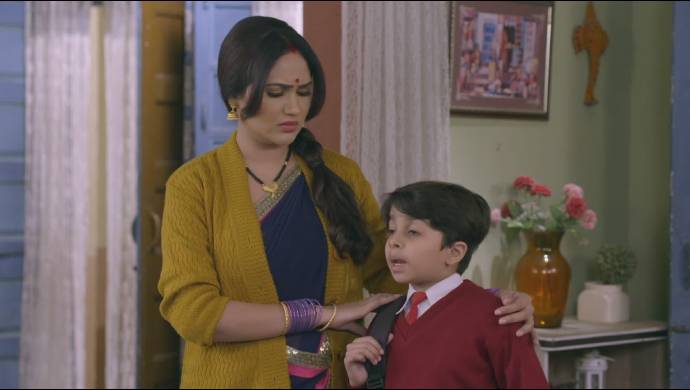 In the previous episode, we saw Happu’s family preparing for the engagement ceremony of Hritik and Britney. Happu and his family start dancing after the ceremony. On the other hand, Kat and Kamlesh conduct a live reporting of the ceremony. Kamlesh thinks that this coverage will make them famous as people would like to watch the wedding of two underage kids. Later, Mr. Chadda announces that he wants Hritik to stay with Britney and her family. Happu and his family go into a state of shock after hearing this. They then try to convince Mr. Chadda that Hritik is still quite young to live without his family. Mr. Chadda tells Happu’s family that Hritik himself wants to stay with Britney. After a while, we see Happu’s family unhappy with Hritik going away from them. They all start crying profusely as they want Hritik to stay. However, they realise that it’s too late now.

In the upcoming episode, we see Hritik asking Rajesh to not worry about him as he’s still in Kanpur. He tells her to visit him at Britney’s house whenever she misses him. Hritik suggests that Rajesh can come to stay with him forever. Amma tells him to call his entire family to stay over. To this, Hritik replies that he will, as his new house is much bigger than Happu’s house. On the other hand, Happu asks Hritik if he doesn’t consider Happu’s house as his home now. Hritik confesses that he doesn’t, much to Happu’s horror.

What will happen in the next episode? Stay tuned to find out! Catch the latest episodes of Happu Ki Ultan Paltan exclusively on ZEE5.