Happu tells Beni that he is enjoying the current phase and he wishes to continue it for 3 more days. 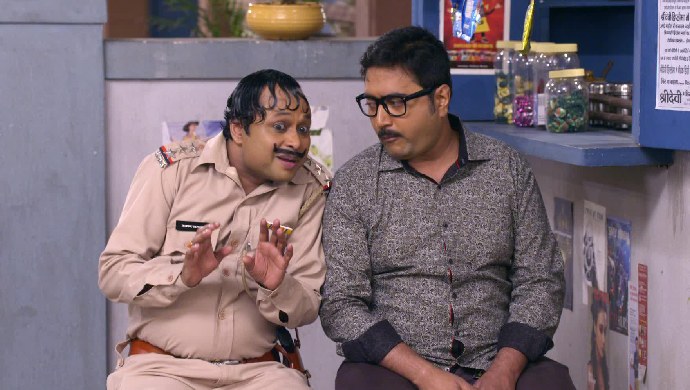 In the previous episode of Happu Ki Ultan Paltan, Amma gets angry on Rajesh for making hard parathas. Rajesh tells her that she didn’t do it intentionally. Happu comes there and asks both the ladies to stop arguing over the topic of parathas. Seeing that nobody is ready to stop, Happu gets annoyed. He says that he is not interested in staying in the house anymore and goes to Beni’s house. Rajesh comes to apologise to Happu and asks him to come back home but he is firm on his decision.

In tonight’s episode, Happu is seen having dinner at Beni’s house. Beni asks Happu that now he should go back home because both Amma and Rajesh are worried about him. Happu tells him that he is enjoying the current phase and he wishes to continue it for more 3 to 4 days. A few moments later, Amma comes there and requests Happu that they won’t fight ever again.

While Amma is convincing Happu, she hints Beni to help her but instead, Beni asks Happu to do what he wishes to do. Hearing this Amma gets angry and slaps him. Happu gets ready to return home but he swears that he won’t eat or drink anything. Next morning, Kamlesh comes to pick up Kate with his friend Raj who recently had a break-up. Kate gets ready to go to college but Rajesh asks Kamlesh to drop Hrithik and Chamchi to the school. Kamlesh then asks Raj to take Kate to the college.

Later that day, Happu is getting ready to go to the police station. Rajesh irons his uniform but Happu decides to wear the other one which has wrinkles just to prove that he will do what he wants to do. Before going to the police station, Happu goes to Beni to take his lunch. He thanks him for this favour and promises him to get him married to Bimlesh soon.